Cung Le: ‘I did not take any performance enhancing drugs’ 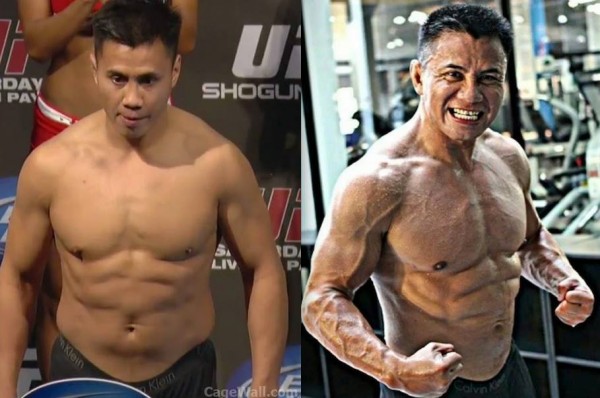 Few people who saw that pre-fight pic of Cung Le flexing (see above) were shocked to learn the 42-year-old UFC middleweight had failed his UFC Fight Night 48 drug test. Cung, however, claims he’s innocent and is pointing fingers at the testing process instead. Here’s a statement from Cung (via MMAJunkie):

“I have been informed that there are many possible reasons for a level of HGH to exceed what is allowed unknowingly and my doctors are researching those possibilities, which may include a much more serious health concern. I have also been informed about the unreliability of the current HGH testing that exists and it’s high rate of inaccuracy.

“I want to reiterate to my fans and the fans of mixed martial arts everywhere that I did not take any performance-enhancing drugs or anything that would cause my natural level of HGH to exceed normal levels.”

“Upon our independent review of the laboratory procedures when testing for PED’s, it has been clear that the possibilities for incorrect test results are many. We were informed that the laboratory was advised to use the WADA approved rules and procedures when conducting the testing that they administer, yet the lab in Hong Kong contracted to do the testing was not WADA approved, which was surprising since there was a WADA approved lab available in Beijing, China.”

We’ve heard this sort of thing before; fighters claiming innocence and there must be some mistake somewhere. No really, it was just the lighting that made my veins look like they had veins. I had just got done working out, that’s why my muscles have muscles. Yada yada yada…

Is it possible Cung Le did nothing wrong and either the fault lies with the testing, or the high HGH levels point to a “more serious health concern”? Yes, of course it’s possible (I guesss). But it’s not very likely, let’s be honest — or other fighters on the card would have probably failed their tests as well.

Fortunately at least, Le lost his UFC Fight Night 48 bout against Michael Bisping — who has on several occasions come up short against TRT users and fighters who tried duping the system.

Read the full statement from Cung’s manager to hear more of their argument.
[ads1]
[ads2]