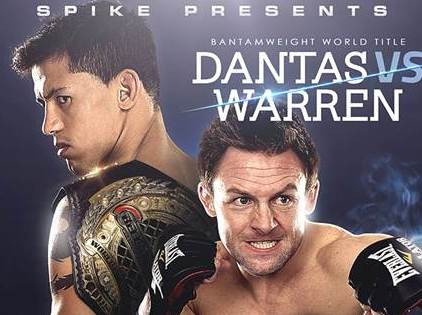 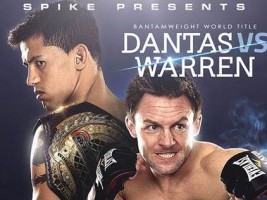 Bellator 128 will be held on Friday, Oct. 10, from WinStar World Casino in Thackerville, Okla. The event will air live on Spike TV and features 135-pound champ Eduardo Dantas (16-3) and interim champ Joe Warren (11-3) facing off in a title unification bout in the main event.

Warren and Dantas were originally scheduled to fight back in May, but Dantas suffered an injury in training and had to withdraw. In the meantime Warren won the interim title.

Warren commented on the match-up:

“This boy has been running his mouth and talking shit on social media for months. He’s made this fight very personal for me and my family. My plan is to beat the Portuguese out of him, put him to sleep and have him dreaming in English! He backed out of the last fight a week before. I am the Bellator World Champion. The belt is on my waist. If he wants it back he can try to come get it! October 10th The Baddest Man will break another Brazilian in the Bellator cage. I’m an unstoppable force and the Baddest Man On The Planet is on a Mission!”

“There isn’t a bigger loud mouth than Joe Warren. He can talk all he wants, I’m going to rip his head off anyway. I think about the fight 24 hours a day, I want to show the world what a lie he is, and how he is a fraud.”

Also, making his return to the Bellator cage is the highly entertaining Michael Page (6-0), as he takes on fellow welterweight Nah-Shon Burrell (10-4 )in the co-headliner.

Stay close to www.prommanow.com as the full fight card is released in the coming weeks.