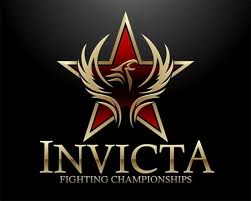 The wait is almost over as the ladies return to center stage this Saturday. Invicta Fighting Championships will put on their first event since December and will bring two title fights to UFC Fight Pass, their new broadcast home.

Things have changed dramatically since the last event for Shannon Knapp and crew. The bulk of the strawweight division is gone and will compete on the upcoming season of The Ultimate Fighter. Their bantamweight champion Lauren Murphy has left to go to the UFC as has several other fighters. Despite that, Invicta is going strong and is still the premiere spot for female fighters.

Michelle Waterson will defend her atomweight title for the first time. Watterson submitted Jessica Penne well over a year ago to capture the belt. She will put it on the line against Japanese veteran Yasuko Tamada.  Tamada has won three fights in a row. This will be Tamada’s first fight outside of Japan.

The co-main event will crown a new strawweight champion. The title is vacant after Carla Esparza vacated and went to The Ultimate Fighter Season 20. XFC champ Stephanie Eggink will meet Katja Kankaanpää. Kankaanpää is 9-1 with her only loss coming to Joanne Calderwood at Invicta FC 7. Egging has won three in a row with two of those wins coming over current TUF 20 contestants Heather Jo Clark and Angela Magana.

A noteable fight that should be fun to watch is the rubbermatch between Roxanne Modafferi and Tara LaRosa. Modafferi and LaRosa are two longtime fixtures of the WMMA scene and  have been great ambassadors for the sport. Modafferi has lost six in a row including her lone UFC appearance against Raquel Pennington. Oddly enough, her last win was in 2010 over Tara. LaRosa has lost her last two fights which snapped a three fight winning streak for her.

You can catch all of the action on Fight Pass this Saturday from Municipal Auditorium in Kansas City. Here is a look at the entire fight card.