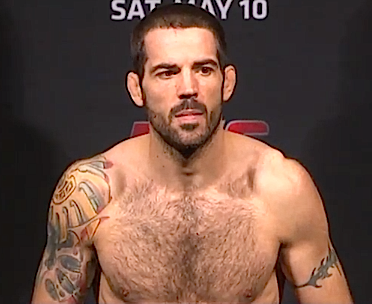 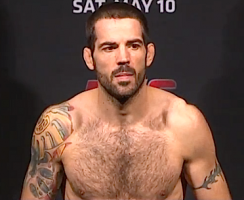 Matt Brown must have read Leo Frincu’s new article entitled, “This is why you should NEVER try to lose weight”, because dude just missed weight for his welterweight title-eliminator bout against Robbie Lawler, scheduled to take place Saturday night in the UFC on FOX 12 main event. Brown came in at 172.5 pounds, 1.5 pounds over the non-title fight limit. He has 2 hours to lose the weight or will forfeit 20% of his purse to his opponent.

We’ll update you on whether or not Brown makes weight.

UPDATE: So, the CSAC won’t allow Brown (or Lima) to cut any more weight. However, they will not be subject to a fine because they were willing to cut the weight, but were not allowed — at least that’s the story according to MMA Junkie.

Here are the full weigh-in results for UFC on FOX 12 (weigh-in video below):

* Brown and Lima both missed weight.

Watch the weigh-ins below: