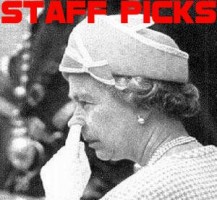 KELVIN HUNT: I’m really tempted to take Khabilov here…I think he has the style to give Henderson problems…my only question is I’ve just seen too little of him to pull the trigger….we’ve seen Henderson eek out win after win in five round fights…and yet to see Khabilov in a five round fight…..Henderson eeks out another decision.

JACK BRATCHER: It’s no. 2 ranked Henderson against no. 11 ranked Khabilov. Benson rebounded from his title loss to Anthony Pettis with a split decision win over Josh Thomson back in February. The biggest knock on Bendo is that he never finishes fights. Every one of his eight UFC wins have come via decision — some unanimous, some split. His only loss in the UFC was when he lost the title to Pettis last year, other than that he always seems to get the W, even if it’s by a hair. He’s going to face another tough wrestler and well-rounded fighter in Khabilov. Henderson has definitely faced the tougher competition, so we don’t know if Khabilov is ready for this level yet or not. Can he neutralize Bendo’s game? It’s a dangerous fight for Bendo since Khabilov is not even in the top 10, but I think his wrestling and athleticism, mixed with his adequate striking should get the job done. Bendo by… uh decision.

KELVIN HUNT: Sanchez will be motivated in front of his hometown crowd….but it will not be enough…Pearson has superior footwork and better boxing….I don’t think Sanchez will be able to get the takedown consistently enough or keep Pearson down…Pearson via decision.

JACK BRATCHER: Here’s an interesting stat; Sanchez’s last seven fights all ended in a decision. He lost four of them. My heart says Sanchez but my mind says Pearson. There’s no debate that Sanchez is one of the most exciting and fun fighters to watch on the UFC’s roster. His intensity is unrivaled, as well as his toughness. He’s the true definition of a warrior. However, he has to be nearing the end of his career. He’s been fighting professionally for 12 years now and has been through a ton of wars. It would be a huge win for Sanchez at home in Albuquerque, but I think Pearson’s skill set is just that much better to take home the decision.

KELVIN HUNT: These two already fought a couple of years ago with Dodson winning via decision..Dodson has improved much more than Moraga since then…Dodson wil be able to keep the fight on the feet and win via TKO.

JACK BRATCHER: I like this fight. Dodson just knocked out Darrell Montague, while Moraga is coming of a controversial split decision win over Dustin Ortiz. Dodson’s only UFC loss was to the fastest man on the planet — the champ. Dodson may be the second fastest. Also, Dodson defeated Moraga via decision back in 2010 outside the UFC. He was better than him then, and still is. Dodson via (T)KO.

KELVIN HUNT: One of the most interesting fights on the card….High making his lightweight debut…dos Anjos fought respectably against Khabib Nurmagomedov in a loss in his last fight…Dos Anjos has the advantage on the feet….can High take him down and stifle the submission game where Dos Anjos is potent as well. High will have to grind out a decision for the win….however, I think Dos Anjos has too many tools….he takes the decision.

JACK BRATCHER: I’m a bit torn on this one, but I think High’s wrestling game will make the difference. While he has been submitted once before, by Erick Silva last year, hopefully he’s learned from that. Dos Anjos is a very capable grappler but I see High’s wrestling canceling out dos Anjos’ ground game, and High has a better finishing rate on the ground and standing. High via TKO.

KELVIN HUNT: You can’t ever count out a veteran like Edwards…but he’s clearly near the end of his career…Hallmann should take this….via TKO.

JACK BRATCHER: Yves Edwards is O.G. and old school to the core. The 37-year-old veteran should be a good match-up for 26-year-old Polish up-and-comer Piotr Hallmann to build his name on. It’s a solid win for Halmann and a chance to get back in the win column after a decision loss to Al Iaquinta last December. Hallmann is 1-1 in the UFC currently. Edwards has only won 2 of his last 5 fights. Hallman via decision.

KELVIN HUNT: Caraway will be looking to take this to the mat where he’ll have the perceived advantage…but that’s only if he can get top position..and I’m not sure he can…Perez is scrappy….but not great anywhere…clearly a pick’em fight…I’ll go with Caraway since he dates Miesha Tate and she’s incredibly hot….

JACK BRATCHER: This is an interesting match-up as Caraway submits almost everyone he beats… 16 of his 18 wins have been via decision. He’s only had one (T)KO win though. Perez seems to have a more well-rounded arsenal. Perez is ranked no. 12, while Caraway sits at no. 14. I remember being impressed with Caraway in his last fight and I can’t say the same about Perez. Picking Caraway via submission.
[ads1]
[ads2]