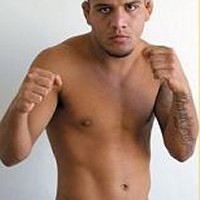 Rafael dos Anjos (20-7) will look to rebound from a loss unanimous decision loss to Khabib Nurmagomedov in his last outing. Dos Anjos had rattled off five consecutive wins going into that bout, including wins over Donald Cerrone and Evan Dunham.

Jason High (18-4) comes into this bout winning back-to-back fights, including a decision win over Anthony Lapsley at UFC 167. High is (2-1) since transitioning to the UFC after the Strikeforce promotion became defunct.

The UFC Fight Night 42 event will feature 11 fights on the night. The entire fight card is below: