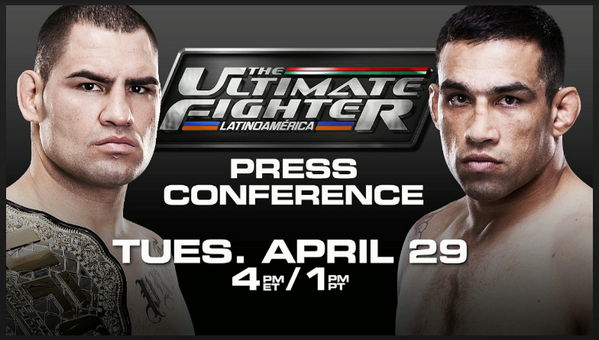 Dana White and company headed south of the border for a big announcement today. What was the announcement? UFC heavyweight champion Cain Velasquez and contender Fabricio Werdum will coach the first season of The Ultimate Fighter: Latin America. The season will culminate in November with the first event to be held in Mexico. The main event will, surprise, feature the two coaches squaring off for the heavyweight title.

No other fights have been announced but it seemed as if the Mexican media were genuinely excited for this to happen.  Stay close to ProMMAnow.com for more on TUF: Latin America.
[ads1]
[ads2]