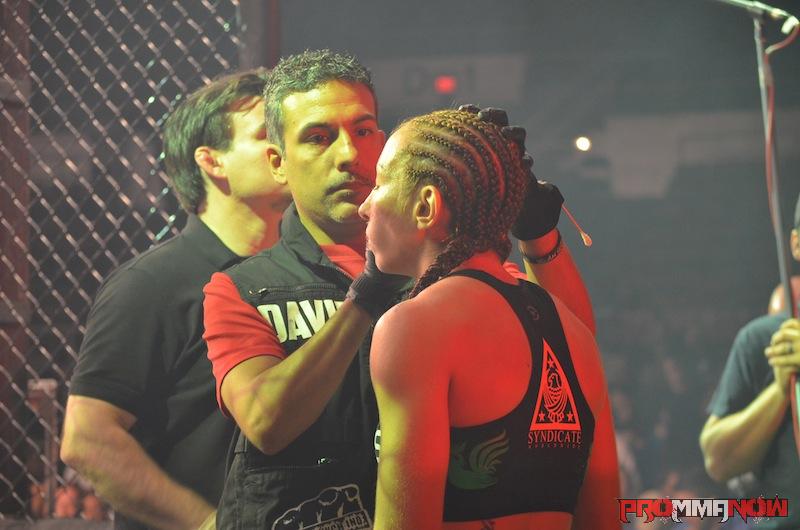 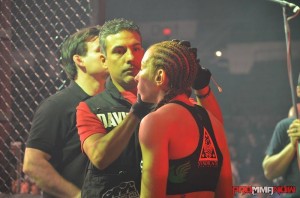 I’m told often by colleagues in MMA that I like to travel even more than they do. It’s true, but let me clarify: I like to help this sport and its fighters wherever I can regardless of stateliness or borders. The locations, the talent, the ethical behavior, the promotion quality, it’s been truly interesting to see each what differences the sport brings from extreme to extreme.

My job in MMA gives me life skills that require I be ready to adjust to different people, locations, schedules, expectations,  and rules (in some cases rules that differ between inspectors from the same organization). Schedules that come with weeks of preparation and clear itineraries, or seconds of scribbled notes before the show starts and multiple changes that follow. Locations where music legends have played (or infamously burned their hair), professional teams compete, or livestock consider the groomed dirt pile a place to play. Promotion quality, well those are easy to see, from the AXS promotions who shine to one held in a corrugated metal shed that served as a strip club merely hours beforehand. The timekeeper for that by event (by desperate last minute request by the promoter) was my girlfriend attending her second event ever. And that event wasn’t even the lowest attended, where that honor went to a recent event that had specifically ten people in the crowd. At least that event had the chance to save money on microphone use for the announcer.

The topic that has a grassroots potential for change is the ethical behavior and professionalism seen by many. Promoters that fold on agreements as compared to others that go above and beyond to show they truly care about their staff and fighters. Fighters that back out of fight commitments, sometimes as late as seconds before their walkout music begins. Others that demonstrate the discipline and respect that was instilled by their gym, parents, and social circle. Referees that work events looking as though they just finished a workout in their wrinkled t-shirt and gym pants while others like Yves Lavinge, Jason Herzog, and Rob Hinds portray the highest of standards from start to finish. My contribution to the sport involves the same focus as I try to convey my role as a trained medical professional who treats every event as if millions are watching and critiquing my efforts.

I hope we will all do our part to make this great sport all it can be, an extreme sport with extremely high standards of performance from all that are involved.

In his column “Between Rounds” MMA cutman David Maldonado shares with readers his experiences and thoughts from inside the world of MMA. Readers are encouraged to respond, interact and ask questions about the life and work of the MMA cutman. “Between Rounds” is part of ProMMAnow.com‘s ongoing series of exclusive content written by individuals involved in the mixed martial arts industry.