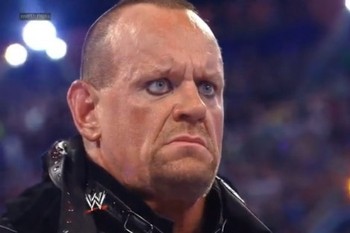 When I was a kid I remember hearing the tale that if you looked in the mirror at midnight and called out the Bell Witch’s name 10 times she would appear. I never tried it… I was too scared. Brock Lesnar might want to be careful what he wishes for too when dealing with otherworldly forces.