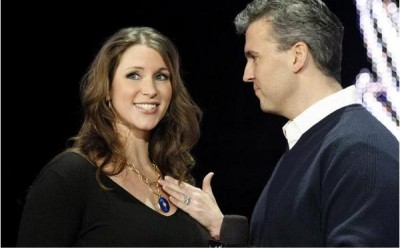 The complaint asks that damages be determined at a trial but say the claim would be no less than $50 million plus interest. Shane filed the complaint because water leaks from various points in his penthouse, which the McMahons claim have caused the growth of “certain toxic, airborne contaminants” inside their living space. The contaminants reportedly gave the McMahons and their three young children severe respiratory ailments.

It has also caused a potential $5 million-plus loss in property value and over $130,000 in damage to furniture, clothing, artwork and appliances. Shane and his family have some personal possessions with them at their current rental home but most of their belongings are in storage facilities at a cost of $5,000 per month. They were forced to evacuate the property and are spending around $15,000 per month on a rental apartment. They won’t be able to return to their home until the problems are fixed. The home was purchased in 2001 for $3.9 million. They began residing there in 2002 but were forced to vacate in May 2012. Shane, his wife and their lawyer were not available for comment.