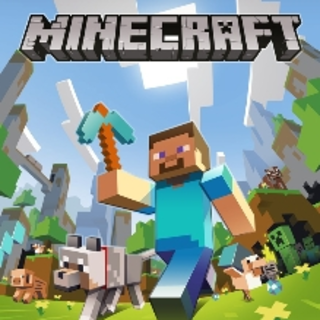 Minecraft is a textured cube video game that has taken the world by storm since its initial release for PC on May 17, 2009. Minecraft is available for play on various platforms and mobile devices and grossed over $250 million in sales in 2012, alone.

A game whose appearance, though pleasantly reminiscent of 8-bit video games of our youth has no clearly defined goals or objectives. You basically walk around, break blocks and collect resources which can then be crafted into other items.

If you happen to be playing the survival mode game setting you then you also have to defend yourself against attacks from various monsters. If the game has no clear goals then why play? Hardcore Minecraft players would probably tell you that it is precisely that open-ended approach to game play that has made Minecraft so much fun and addicting to play.

My daughter Madison, age 12, is absolutely obsessed with all things Minecraft. She will collaborate with her friends via Xbox Live to organize the resources and tools needed to create and develop full-working townships. She will also organize gaming scenarios with her friends the likes of “Hunger Games” or “Halo”.

When she is not busy crafting, she will also watch Minecraft related videos on YouTube to get the latest scoop on “mods” or texture-pack add-ons for the game. Her interest, bordering on obsession or addiction, certainly ponders the question why…why is this game so darn intriguing?

I sat down with Madison recently to discuss her Minecraft obsession…it went like this:

Madison, what made you decide to start playing a game like Minecraft?

The fact that it was new and different from all the other games out there.

What are the most enjoyable aspects of the game?

The mods and updates make Minecraft a lot of fun. It’s always exciting to see what the developers have come up with.

The addition of horses and maybe stained-glass – yeah that would be fun!

How often do you play Minecraft?

I play almost everyday. When I’m not playing I also like to watch YouTube videos about Minecraft.

What  kinds of scenarios are you working on now?

I’ve been playing survival mode, mostly. I’m also building a mansion with a few of my friends. It has a fireplace and some balconies.

Do you have any advice for noobs who may be wondering if Minecraft is for them?

I think they should check out the trial game that is available for download on Xbox Live or they can also check out the Minecraft Wiki  for additional information. There are also a ton of videos on YouTube they can watch to get a better idea of how the game works. One of my favorites to watch is iHasCupquake.

Isn’t the game also available for PC or mobile devices?

Yes but the trial download for Xbox also comes with a solid tutorial which makes learning the ins and outs of the game a lot easier to follow.

So Maddie, are you addicted to Minecraft or what?

I’m pretty sure I’m addicted to Minecraft. I absolutely love this game!

So there you have it…as I parent of course I always worry about the kinds of things my kids are doing and whether or not they will cause them harm. My daughter has openly admitted that she has an addiction to this game – and addictions are bad, right​? However, as I examine this all more closely I can also see an outlet for my daughter to interact with her friends in a creative and meaningful way. Based on her responses and what I could garner from the online resources she pointed me to, Minecraft the game seemingly encourages users to have fun, be creative, imaginative, to communicate and collaborate cooperatively with others – sounds pretty good to me!