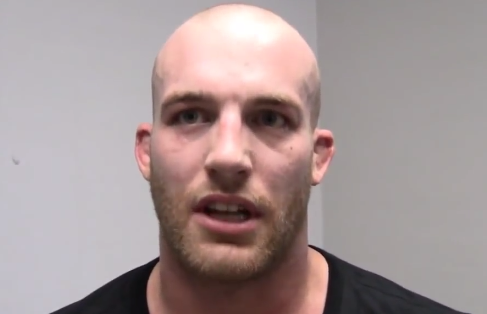 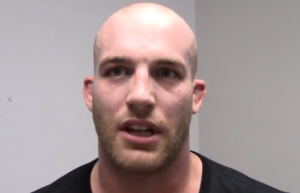 This weekend at UFC 170 a fighter by the name of Patrick Cummins (4-0) will take on undefeated former Strikeforce champ Daniel Cormier (13-0) in the night’s co-main event on Pay-Per-View.

Cummins is filling in for Rashad Evans who had to withdraw last week due to injury. Prior to the announcement the UFC had found a replacement in Cummins, you had probably never heard of him. We hadn’t either.

That’s because he has not been fighting in the RFA, XFC, MFC, WSOF, or any other televised promotion that often serve as proving grounds for future UFC fighters. Instead, Cummins has been beating guys like 5-15 Willie Smalls.

To be fair Smalls was 5-13 coming into the fight. But he was also on an eight-fight losing streak — with seven of those losses coming by way of submission. He’s had as many losses via Rear-Naked Choke as THREE Frank Triggs.

In their defense the UFC has done their best to prop up Cummins and create some buzz for the fight in a limited amount of time, and props to Cummins for seizing the opportunity. But is this really the best short-notice replacement they could find to take on the 13-0 Cormier in his light heavyweight debut? Seems odd.

Learn more about Cummins in this pre-fight showdown between he and Cormier on FOX Sports Live: