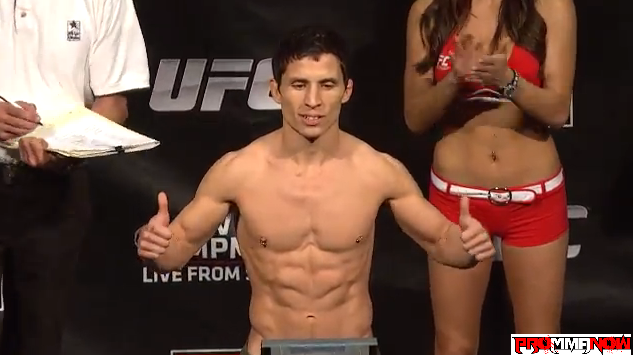 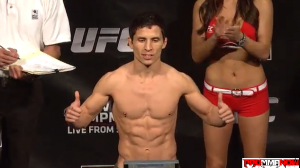 UFC officials have announced a flyweight fight for UFC 172 which will take at the Baltimore Arena in Baltimore, Maryland. Former title contender Joseph Benavidez will return to action face off against Tim Elliot on April 26.

The event will be headlined by the UFC light heavyweight title fight between champion Jon Jones and challenger Glover Teixeira.

Benavidez (19-4) is coming off a devastating first round KO loss at the hands of Demetrious Johnson at the UFC on FOX 9 event. It was the second time Benavidez had lost to Johnson, but was riding a three fight winning streak prior to the second loss.

Elliot (10-4-1) is coming off a unanimous decision loss against Ali Bagautinov at UFC 167. Elliot had won back-to-back fights going into the fight with Bagautinov and is (2-2) in the UFC.

The tentative UFC 172 card is below:

Stay tuned to ProMMAnow.com for more UFC 172 news and coverage.