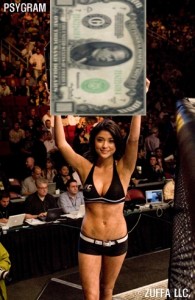 Donald Cerrone and Sergio Pettis were awarded $50,000 in fight night bonuses for their performances at UFC on FOX 10 in Chicago, while Alex Caceres received $100,000 in bonus money.

Caceres and Pettis took home $50,000 each for “Fight of the Night”, and Caceres took home an additional $50,000 for “Submission of the Night”. The dynamic striking of both fighters made for an exciting back-and-forth match, but the high-level experience of Caceres seemed to make the difference as he was able to sink in a fight-ending rear-naked choke with just 21-seconds left in the match.