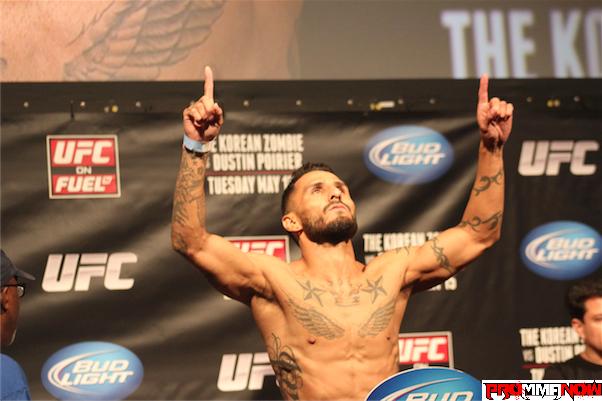 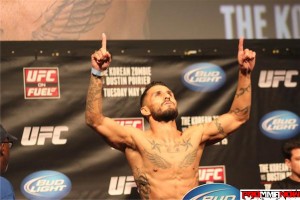 It will be telling fight of the future of the bantamweight division when Francisco Rivera meets Raphael Assuncao at UFC 170. UFC officials announced earlier today that the two will meet in Las Vegas on February 22nd.

Going for his 5th straight win, @CiscoRivera meets #4 @RaphaAssuncao, who’s looking for his 6th straight and title talk at bantam at #UFC170

Rivera will be looking to improve on his record in the UFC since his return in 2012. He was the winner in all four fights but his bout with Roland Delorme was ruled a no contest after their UFC 149 bout. He has punched his way to victory in back to back outings, finishing both Edwin Figueroa and George Roop.

It has been an impressive streak as Assuncao has won five in a row. He hasn’t lost since 2011 and has beaten the likes of TJ Dillishaw, Mike Easton and Vaughan Lee. He is currently ranked number four in the rankings and a win over Rivera would put him right in the title picture.

UFC 170 takes place at the Mandalay Bay Events Center and features a light heavyweight match up between Rashad Evans and Daniel Cormier.