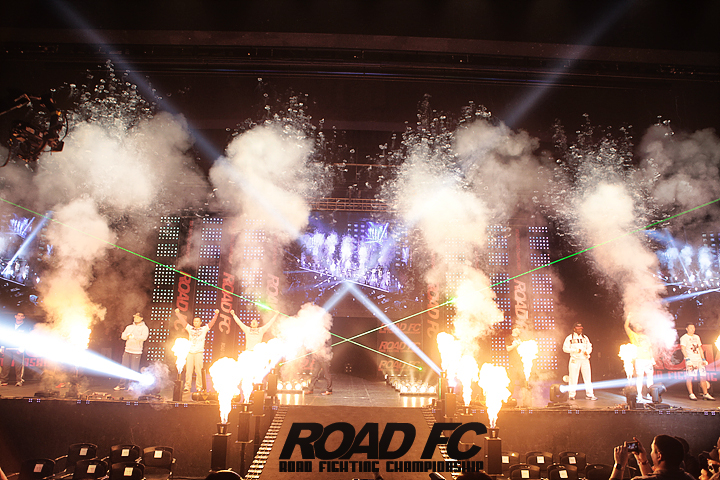 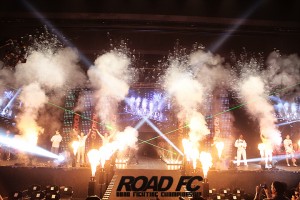 About “ROAD FC – KOREA”
ROAD FC will invite the most exciting and entertaining fighters from all over the world to show their skills in front of an educated and eager live audience at “ROAD FC – KOREA” and to international audiences via live streaming.  “ROAD FC – KOREA” will be held every month, excepting months in which a ROAD FC numbered series event is hosted in Seoul.  After the first “ROAD FC – KOREA” event in January, the second will be on March 1, 2014.  Further dates will be announced soon.
“ROAD FC – KOREA” events will be held at the Grand Hilton Convention Centre, the birthplace of the ROAD FC numbered series. Originally it was planned to be held in a bespoke arena which ROAD FC announced the building of earlier this year, but the larger venue was selected due to the growing demand of MMA in Korea, and the increasing production value and expanding broadcast. “ROAD FC – KOREA” events will be broadcast live on Super Action in Korea and streamed Pay Per View internationally.
About ROAD Fighting Championship
The sport of MMA is booming in South Korea, and behind the incredible growth is ROAD FC.  As this new era of Mixed Martial Arts begins, ROAD FC is committed to creating more opportunities for fighters in growth, experience, and support.  The amateur and semi-pro Central and Into Leagues provide a structured, safe, and competitive atmosphere for beginning fighters.  “ROAD FC – KOREA” monthly events now will provide many more opportunities for foreign fighters to compete and ascend in the rankings.  ROAD FC numbered series events with the Young Guns undercard will be held approximately four times a year in major cities across Korea and Japan in 2014, featuring the most exciting and well-recognized Korean and international MMA fighte