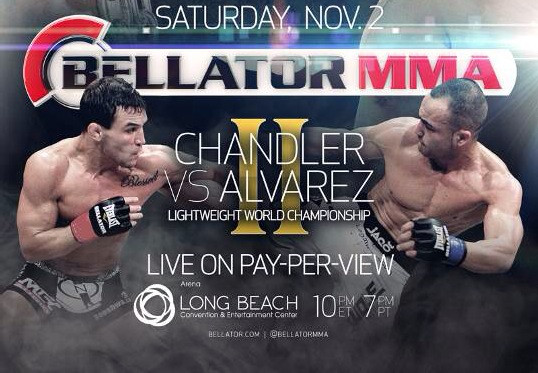 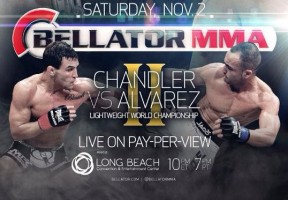 As Bellator’s highly anticipated Pay-Per-View moves closer, the fight week schedule leading up to Saturday, November 2nd has been finalized as the Long Beach Arena will play host to Bellator Open Workouts, Weigh-In’s, and of course Saturday night’s event, “Rampage vs. Tito”.

“Rampage vs. Tito” will be held at Southern California’s Long Beach Arena on Saturday, November 2nd, with tickets on sale now. Tickets can be purchased on Bellator.com, Ticketmaster.com, as well as at The Long Beach Arena Box Office.

Bellator Weigh-In’s: Bellator will hosts its weigh-ins inside the Long Beach Arena on Friday, November 1st at 5pm PST. As always, the event is free and open to the public, and will be streamed live on Bellator.com. The event will feature every fighter competing on the November 2nd card, and will feature cage announcer Michael C. Williams, emcee Jimmy Smith, and Bellator CEO Bjorn Rebney.

Bellator: “Rampage vs. Tito”: The Bellator MMA prelims will begin at 3pm PST live on Spike.com. At 5pm PST, the broadcast will switch to Spike TV for two hours of action. The Pay-Per-View portion of the card will begin at 7pm PST, and will be headlined by MMA icons Rampage Jackson and Tito Ortiz.