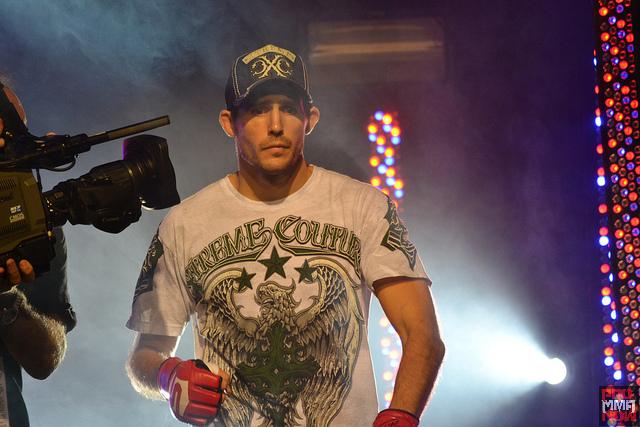 A new bout has been added to the UFC 164 card as Quinn Mulhern (18-3) faces Ryan Couture (6 -2) in a lightweight matchup. The event is set to take place at the Bradley Center in Milwaukee, on Aug 31.

UFC 164 will feature a headline bout between current UFC lightweight champion Benson Henderson and title challenger T.J. Grant. The main card will air LIVE on PPV with the prelims expected to air on FOX Sports 1 and Facebook.

Quinn Mulhern will make the drop from welterweight to lightweight in this upcoming bout with Couture. He last fought at UFC 158 in March, where he dropped a first round TKO loss against Rick Story in his promotional debut. Prior to that he had been on a three fight winning streak in the now defunct Strikeforce organization, defeating notable fighters such as Danny Davis, David Hulett and Yuri Villefort during 2011/2012. Mulhern will no doubt look to bounce back into the win column with a good performance against Couture.

Ryan Couture was last in action at UFC on FUEL TV 9 in April, where he suffered a second round TKO loss against Ross Pearson. Prior to that he had been on a four fight winning streak in Strikeforce, defeating notable fighters such as Maka Watson, Conor Heun, Joe Duarte and K.J. Noons. Couture now has the chance to get back on track with a big win over Mulhern on Aug 31.