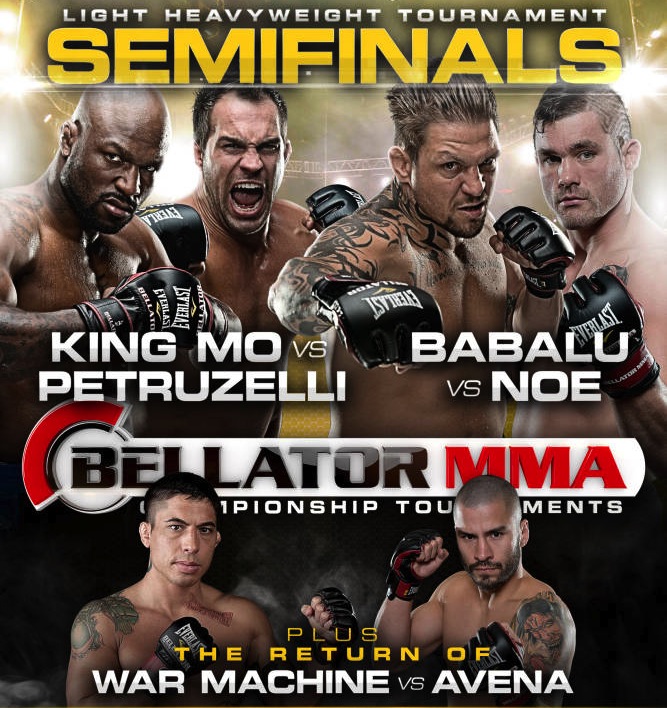 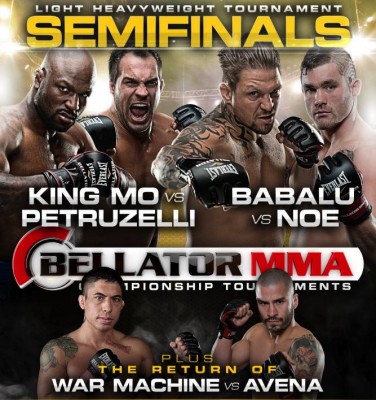 Round 1 – They swapped takedowns and punches during the first couple minutes. War Machine scored another takedown with about half the round down and put Avena in crucifix from the top and pounded him out. Great showing from the UFC and TUF veteran formerly known as Jon Koppenhaver.

Round 1 – They swing heavy, clinch, knee from Sparks. Big right from Minakov drops Sparks. Minakov swarsm, Sparks turns face down, Minakov finishes him off with bombs and Big John steps in to save him.

Round 3 – Right from Babalu. Right from Noe. Babalu with the clinch, looks for the takedown but Noe defends and pushes him to the cage. Babalu escapes to the center. Leg kick, eats a counter right. Quick jab from Babalu, he shoots, presses Noe to the cage, drops levels and working hard. Noe defends, lands a right. Leg kick Babalu. Leg kick again but Noe hurts him with a big right left. Babalu comes back in and fires back but gets hurt again with big punches. Noe lands again and Babalu retreats. Noe breathing hard but lands a big jab. Babalu stumbling and wobbling and the ref stops it. Babalu wants to know what’s up with that and the ref says, “You’re wobbling.”  Alrighty then.

Babalu retired after the fight.

Round 1 – Randy Couture guest commentating. Touch gloves. Seth goes for a leg kick and Mo dodges it. Mo eats a right. Mo shoots and Seth sprawls and takes a head butt to the eye. Time called. Here we go. Mo looks more alert than his last fight. Mo catches a leg kick, lets it go. Mo with a takedown. Inside full guard. He postures up with a right. Nice hammerfists off his back from Seth. Mo stands up, shoves Seth’s legs to the side to pass the guard, Mo dives in with one huge right hand to the chin and Seth goes unconscious. OUT COLD. Mo stands up and walks away. Mo just made a BIG STATEMENT there. Good for Mo.