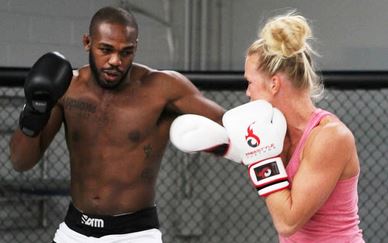 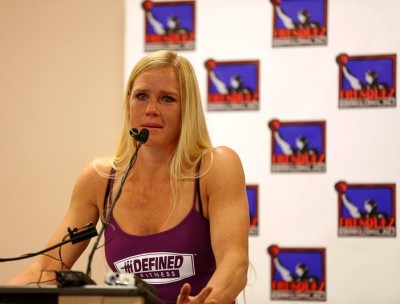 It was announced today that former female boxing sensation Holly Holm has now signed a four-fight deal with Legacy Fighting Championship. The three-division world boxing champion recently made a decision to move into Mixed Martial Arts and officially retired from professional boxing earlier this month.

Holm fights out of the well known Team Jackson-Wink and trains with some of the best MMA fighters in the world, including current UFC light heavyweight champion Jon Jones and former UFC heavyweight champion Frank Mir. Holly has already had three MMA fights, winning all three via TKO, she will now look to continue that success with Legacy FC.

Here is what Legacy FC president, Mike Maynard, had to say:

“We are extremely excited to have someone as talented and of such strong character as Holly,” Maynard also said. “We believe she embodies what Legacy is all about.”

Considered to be one of the best female boxers ever, Holm built up a solid record of 33-2-3 during her 12-and-a-half year career. The 31-year-old competed against world champions, ranging from the light welterweight (140 lbs.) through light middleweight (154 lbs.) divisions.

Here is what Holly’s manager and head trainer, Mike Winkeljohn, had to say:

“I’m excited for Holly and Legacy,” Winkeljohn also said. “Holly Holm will dominate the world of women’s MMA and strike it’s fans with a fistful of awe.”