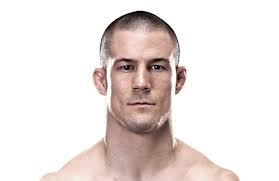 UFC on FX8 offered an exciting set of matches. Fight fans got plenty of action and just enough drama added on top to keep them interested in everything going on in the world of MMA.

There has been so much going on lately it is almost like watching a soap opera geared for men. Now, before you take me to the mat and try to wrestle me into submission with a kimura for comparing the MMA world to Guiding Light or All my Children, let me explain my point.

The UFC already had drama recently with the departure of Matt Riddle and the choice words he had for Dana White. White had plenty of choice words in return as well. There has also been recent tension with Pat Healy testing positive for marijuana and blowback over those who voiced their dissent for the overturn of his win and return of the prize purse.

We can add to this list the potential backlash of John Cholish retiring after UFC on FX8. Cholish (9-3 MMA, 2-1 UFC) lost via submission to Gleison Tibau (27-9 MMA, 12-7 UFC) at Arena Jaragua in Jaragua do Sol, Brazil.

Prior to the fight Cholish had announced via Twitter that he would retire from the UFC no matter the outcome of the fight. Cholish interviewed with MMAJunkie.com and The MMA Hour with Ariel Helwani since the announcement, providing us with insight into why he made this choice.

He cited the major factor in his decision was not only the issue of pay for fighters, but also that time he spent away from friends and family was not worth trading just for the love of the sport. It is clear this was not a decision he made on the fly. He stated it was a decision he came to over the past year.

On both MMAJunkie.com and The MMA Hour, John basically echoed the same statement that:

“I’m fortunate enough that I have a job that provides for me really well,” Cholish said. “I give a lot of these guys credit that fight at this level. I think they could be compensated much better based on the income that the UFC takes in. Fortunately, I can just walk away and I’m OK with it. By no means do I mean it disrespectfully toward any other fighters because I think they do a great job. But hopefully Zuffa and the UFC will start paying them a little better.”

Cholish works on Wall Street as a commodities broker and has to take time off from this job for his fights. The loss of income starts to add up and the money he earns from his fights does not even begin to compensate. In the interview with Helwani he broke down the cost of the fight with Tibau.

He entered the fight with a $4K to show purse and a $4K bonus for his win over Clarke 18 months ago, before a groin tear sidelined him. Brazil imposed a 27% tax which Cholish seemed to respect. He said they deserve to make their money.

His contract with the UFC only covers the flight cost and visa of one coach. Most fighters have at least two or three trainers in their corner at any given fight. Cholish brought along two other trainers. This meant he had to cover the cost of their flights and visas, as well as medical costs and licensing fees, out of pocket.

The visas cost $500. A round trip flight to Brazil for two people is not cheap. He also had to pay for an extra hotel room at $250 per night. Cholish added that on top of all of this a fighter has to pay for their gym costs and should want to compensate their coaches and trainers.

That purse sure starts to look pretty slim when we think about what Cholish and other fighters have to endure to win. Cholish figures he paid between $5k -$10k out of pocket for his last fight.

“At the end of the day, it’s hard,” he said. “I have great coaches that take time off and travel. They deserve money, as well. To be completely honest, on a fight like this, I’m losing money to come down here. Flights, hotel rooms, food – and that doesn’t even cover the cost of the time I have to pay for my coaches for training. It’s funny because people talk about the fighters, but at the same time there’s camps and coaches behind the fighters that you don’t even see. So if a fighter is having a tough time making ends meet, how do you think his coaches are doing?”

Now, to play the devil’s advocate I have to ask if that is not supposed to be part of the whole experience. The UFC, and any organization, wants to make sure that its competitors are serious about what they do.

A friend of mine once wanted to be a wrestler in a huge pro wrestling organization which shall remain nameless. There would be last minute fight offers. The pay was barely enough to cover gas and food expenses. He had to pay his own medical expenses. He was responsible for his own transportation. All of this was so he could chase his dream to be the next Bautista, Rock or John Cena.

I do not think this idea is lost on Cholish, though. The difference between the two instances is my friend would drive a couple of hundred miles and Cholish had to fly from the U.S. to Brazil while covering expenses for others as well. We should be able to empathize with Cholish’s plight and his decision even if we do not agree.

Cholish told Helwani that after his fight he tried to take a picture with another fighter but the fighter declined. Apparently the fighters are also aware of the tension and possible repercussions of being involved with bad-mouthing the people signing their checks.

The interviews have broached the idea of a union for fighters. Cholish’s input does not offer much insight into that future. He says he understood that higher level fighters have put in the blood, sweat and tears and have earned the right to compete for the purses they are offered.

These big name fighters are top billed and bring in the big bucks. They are the men who built up MMA into what it is now. To ask them to step away for other fighters is to essentially ask them to jeopardize their own careers. Many lower level fighters often have no other source of income.

All of these fighters are pretty much independent contractors as far as Zuffa LLC, the private company that owns the UFC, is concerned. However, Cholish says that they could afford to shell out an increase of $4k-$8k to fighters per fight and ease their burden without hurting their bottom line. He claims this would allow the fighters to focus on their training rather than financial woes and would benefit fight fans whom could expect more intense matches.

Cholish expresses his love for the game and says he will continue to train and help others to train. He also says that he might return to the world of competition in the future. Only time will tell if he will be welcomed back or will be considered a black sheep.