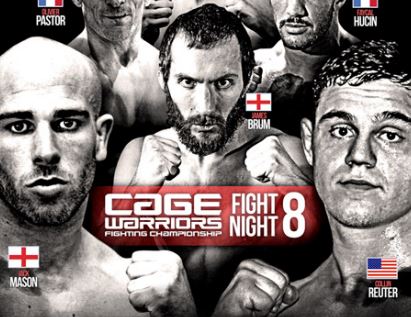 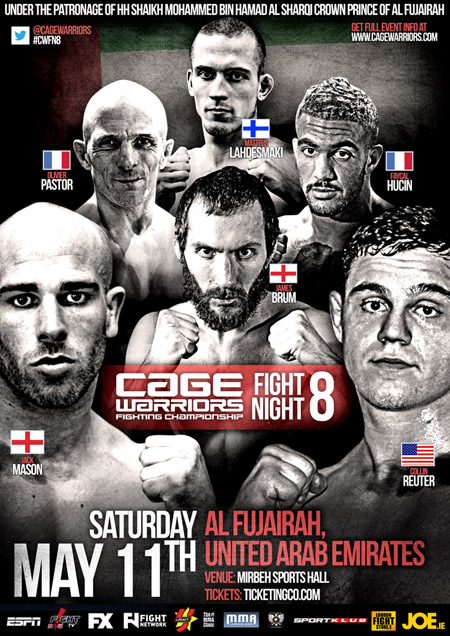 Here is what Jack Mason had to say about the new matchup:

“I’m obviously disappointed not to be facing David Bielkheden as I had been relishing the opportunity to fight him, but Cage Warriors have pulled out all the stops again to match me with another top international opponent,” – Jack Mason.

Jack Mason is currently riding a three fight winning streak, most recently defeating Matt Inman via second round TKO at Cage Warriors 52 in March. Prior to that he scored a unanimous decision victory over Florent Betorangal at Cage Warriors 51 in December 2012, and a first round submission win over Alexei Roberts at Shock’n’Awe 12 in October 2012. Mason will no doubt look to extend his winning streak to four with a good performance against Reuter.

“Reuter has an impressive record, has trained with Team Alpha Male and has scored one of the most brutal knockouts of 2013 already, so I know I have my hands full with him. This is a very different style of fight to Bielkheden but I’m looking forward to the challenge and can’t wait to face him.” – Jack Mason.

Meanwhile, Collin Reuter is also on a three fight winning streak, most recently defeating Zack Shelley via first round submission at an AK Entertainment event in March. Prior to that he scored a first round KO victory over Gerald Fike at SAARFC 2 in February, and a first round submission win over Sam Carney at Midnight Sun Mayhem 2 in June 2012. Reuter has the chance to impress fans and viewers around the world with a big win over Mason on May 11.

“I’m excited about showcasing my skills at a higher level of competition and I’m thankful to Cage Warriors for such an opportunity. I always put on awesome fights and I fully expect to dominate and finish Jack Mason.” – Collin Reuter.