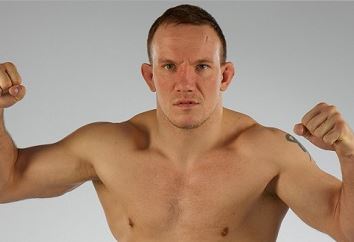 A new bout has been added to Cage Warriors Fighting Championship (CWFC) Fight Night 8 as Antoni Chmielewski (23-9) faces Faycal Hucin (8-3) in a middleweight battle. The event is set to take place at Al Fujairah’s Mirbeh Sports Hall in the United Arab Emirates on May 11.

Two new preliminary card fights have also been confirmed as Mike Ling takes on Harry McLeman in a middleweight bout, and French light-heavyweight Sylvain Potard has been penciled in for a clash with Mohamed Ali.

Antoni Chmielewski last fought at a Draka event in November 2012, where he scored a first round submission victory over Ruslan Gilyazov. Prior to that he dropped a third round TKO loss against Matt Horwich at KSW 19 in May 2012, and picked up a decision win over James Zikic at KSW 17 in November 2011. Chmielewski now has the chance to begin a winning streak with a good performance against Hucin.

Faycal Hucin was last in action at Cage Warriors 49 in October 2012, where he scored a split decision victory over John Michael Sheil. Prior to that he dropped a unanimous decision loss against Victor Cheng at CWFC Fight Night 5 in April 2012. That loss snapped a five fight winning streak he had built up, defeating notable fighter such as Christophe Picaut, Tahar Hadbi and Gareth Joseph. Hucin will no doubt look for a big win over Chmielewski on May 11.