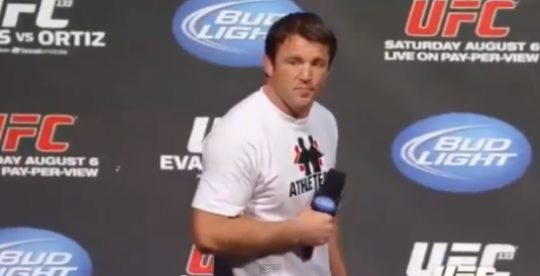 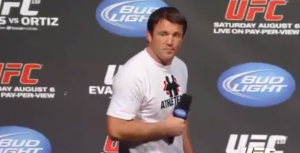 The UFC 159: Jones vs. Sonnen event is set to take place on Saturday, April 27, from the Prudential Center in Newark, New Jersey. The buzz for this card doesn’t seem to be high at all.

It’s probably due to the UFC on FOX 7 event that took place Saturday, and the popular opinion that Jon Jones is going to run through Chael Sonnen like castor oil in the main event.

So I wanted to really delve into the PPV portion of the card and determine if it’s an event worthy of getting hyped for on Saturday night?

So we basically have five top 10 fighters fighting five fighters that are not in the top 10.

It’s an OK card and you don’t have to pay another PPV price until UFC 160 on May 25th, so if you have the cash it may be worth checking out or at least going to your local bar establishment. The Miller/Healy fight has some value in the division as the winner of that fight shoots up the ladder a bit. If Phil Davis beats Magalhaes it doesn’t do anything for him, but if Magalhaes pulls off the upset it would be huge. Roy Nelson knocking out Cheick Kongo doesn’t tell us anything we didn’t already know. Bisping/Belcher is a fight in which two fighters are trying to rebound from a loss while not being relatively close to earning a title shot. Jon Jones should beat Chael Sonnen, but I think Sonnen will put up much more of a fight than people give him credit for.  Be sure to check out my fight breakdown that will be posted on Friday morning right here at ProMMAnow.com