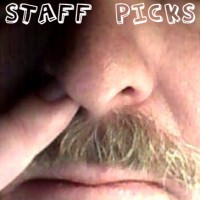 One of the most anticipated Ultimate Fighter finales in the UFC reality show’s history takes place Saturday as Team Sonnen teammates Kelvin Gastelum and Uriah Hall square off for a six-figure contract. Bantamweight buddies Urijah Faber and Scott Jorgensen square off in the main event. The second UFC women’s bout takes place, with the winner of Miesha Tate vs. Cat Zingano earning a spot as coach opposite Ronda Rousey on TUF 18. We’ve also got an interesting heavyweight styles match-up with Travis Browne taking on Gabriel Gonzaga. And rounding out the main card, TUF 17 middleweights Bubba McDaniel and Gilbert Smith will face off.

Here’s how the ProMMAnow.com staff sees it all going down:

GARY THOMAS: Love Scott Jorgensen. Would love to see him upset Faber. Not gonna happen though. Faber looked re-energized in his last win and lets be honest, the clock is ticking for him. I see Faber coming out with the quickness and being able to avoid the strong wrestling of Jorgensen and maybe even exploiting him some on the ground with his speed. Pick – Faber via Decision

JACK BRATCHER: It’s interesting how many common opponents these friends have had over the years. It’s common knowledge Faber is the one who got Jorgensen into MMA and I think he’ll show him he’s still the “big brother” in this bout. Jorgensen has been more active than Faber in the last year or two, for what that’s worth. Faber is more of a finisher and I see him winning, probably submitting Jorgensen.

GARY THOMAS: No one expected Kelvin Gastelum to make it to the finals. It was craziness. He locked in the RNC to earn the right to lose to Uriah Hall. All of Hall’s opponents have ended up at the hospital. Poor Kelvin. Pick – Hall via KO/TKO

JACK BRATCHER: Hall has a ton of hype behind him but Gastelum is far from a cakewalk as he proved on the show. Gastelum’s advantage here will definitely be on the ground. Hall is one of the best strikers in the game and he will want to keep it standing. We did see him knock out his last opponent off his back, so he’s not completely lost on the ground, however, throwing strikes off your back is not something you want to have to rely on. Coach Sonnen believes he can become the UFC middleweight champ. We shall see. Hall via knockout.

GARY THOMAS: Zingano is going to have to adjust to the limelight a bit when she steps into the cage with Miesha. Miesha is tough and the toughest task to date for Zingano. I expect Tate to push the action while Zingano still gets her bearings in the UFC cage. I have Tate winning on the scorecards. Pick – Tate via UD

JACK BRATCHER: Miesha Tate is an amazing grappler. People tend to forget how much trouble she gave Ronda Rousey to start with in their fight. Cat Zingano is undefeated with three wins via (T)KO, three wins via submission and one decision. I would give her the stand-up advantage over Tate, however, Tate can hold her own and uses her stand up well to set up her ground game. It will be interesting to see how Zingano deals with the bright lights of the big show. Tate has been on TV and been around the media hype for a long time, whereas Zingano’s last fight in Invicta was her biggest stage. Gotta go with the veteran, Tate via submission.

GARY THOMAS: Travis Browne’s loss was somewhat of a fluke considering his injury.I think that he will be too hard to take down for Gonzaga and he will be forced to stand with him. If he does get the big guy down I think he can easily submit him but I just don’t see that happening. I am calling a 2nd round knockout win for Travis Browne.

JACK BRATCHER: Travis Browne insists the fluke injury in his last fight was the reason Bigfoot was able to get the best of him. With nine of his 13 wins coming by knockout, if he connects on Gonzaga it could spell bad news for the Brazilian. You can never count Gonzaga out though. All 14 of his wins have been via stoppage and if he gets the fight to the ground, few people are safe. Gonzaga has always been one of my favorite fighters and I just can’t pick against him. It seems like he is getting back to his roots with his last three wins in a row coming by submission, including Ben Rothwell in January. Gonzaga via submission.

GARY THOMAS: I thought Bubba McDaniel looked promising in the house. I think he can match skills with Smith and get the win. I like Bubba McDaniel in a decision.

JACK BRATCHER: We’ve got two submission experts here but “Bubba” McDaniel is vastly more experienced than Gilbert Smith who only turned pro in 2011. McDaniel comes from Jackson’s MMA and has training partners such as Jon Jones. Gotta go with Bubba McDaniel via decision.
[ads2]
[ads1]