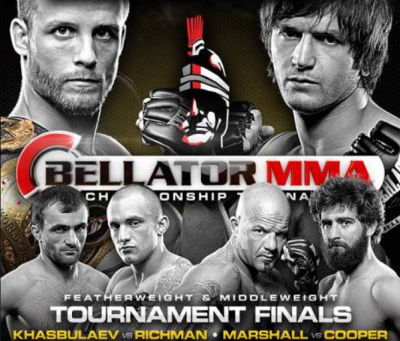 Round 1 – Lot of “Heat” and bad blood going into this bout between two Judo masters. Karo looking a bit soft around the middle. He’s never been ripped anyway, but… Overhand right from Karo lands on the shoulder, inside leg kick, clinch. Knee to the groin from Hawn and Karo gets time to recover. Right from Karo, leg kick Hawn. Hawn ducks a big right. Karo pushing forward with strikes, nothing much landing. Leg kick Karo. Big leg kick from Hawn. Clinch, knee from Hawn. Karo shrugs him off. Leg kick from Hawn, Karo catches it and counters with a right. Clinch, release. Karo catches a leg kick, lets it go. Jab from Karo. Left from Hawn, nice right to follow. Body shot from Hawn. Leg kick Karo, again, inside. Low blow and time is called. Touch gloves. Jab from Karo. Body shot from Hawn. Overhand right from Karo. Body kick from Karo. Nice head kick from Hawn stuns Karo, he follows up with some punches, Karo is backed to the cage and fires back, shoves Hawn after the bell and gets a warning from the ref. PMN has it 10-9 for Hawn.

Round 2 – Karo presses forward with punches and a head kick that’s blocked. Right from Hawn, uppercut that misses. Nice body shot then left to the head from Hawn. Karo misses a big punch/kick combo. Big body shot from Hawn, another. Left hook from Karo. Big right from Hawn wobbles Karo, he follows up with a clinch behind the head a and a few uppercuts drops Karo face down to his knees. The ref stops it as Karo grabs Hawn’s leg. Karo is pissed at the stoppage. His nose is bleeding. Personally, Karo has been doing this forever — you give a veteran like that a little bit of time, he was not out, he was grabbing Hawn’s leg. A bit premature in my opinion. May not have made a bit of difference, but I think he deserves that.

They hug it out after the win announcement. Karo congratulates him.

Round 1 – Doug Marshall told us Brett Cooper will absolutely not stand and trade with him. We shall find out. Touch gloves. Winner gets $100K and a shot at Shlemenko’s title. Left hook from Rhino, leg kick. Big right from Rhino, nice right from Cooper. Leg kick from Marshall. Cooper shoots and puts Rhino down on his back. Well, that stand-up didn’t last long. Cooper on top in half guard. Marshall holding him close. Gets his back to the cage, trying to get up. Gets to his feet, sprawls, knee to body. Thai plum and a knee. Cooper picks him up for a slam, Rhino sits up with back to the cage, Cooper pulls his legs out and takes top control in half guard. A few short left hands from Cooper and Rhino gives the thumbs up. Right from Cooper, drops levels. Marshall defending as Cooper holds on leg. Ref wants action. Rhino pushes him off then blasts him with a elbow, then a huge right hand drops Cooper to his back. Rhino follows up with one big hammerfist and Cooper is unconscious. Wow! Now go listen to that interview guys, I’m telling you. It’s quite entertaining.

Check out the finish:

Round 2 -Overhand right from Frodo, body kick. Richman with a nice quick right. Left right. Right from Frodo, again. He shoots, stuffed. Frodo cut over his right eye. Body kick from Frodo. Body kick from Frodo. Jab. Frodo shoots, puts Richman on his back. Stacks him with punches but Richman gets to his feet. They square up. Nice duck under shot from Frodo but Richman stuffs it. Thai plum, knee from Frodo, lands some nice punches, slips on a kick. Back up and they square up and trade punches. Frodo staying very busy. Nice right jab from Richman. Frodo slips on a high kick. Richman lets him up. Frodo slowing down. He shoots, but gets pushed on his back. Richman takes top control inside full guard. Frodo bleeding heavily around his eyes. Richman stands up and lets Frodo up before the bell. PMN sees it 10-9 Frodo.

Thanks to @ZProhpet_MMA for the GIFs.

One thought on “Bellator 95 LIVE results and play-by-play”