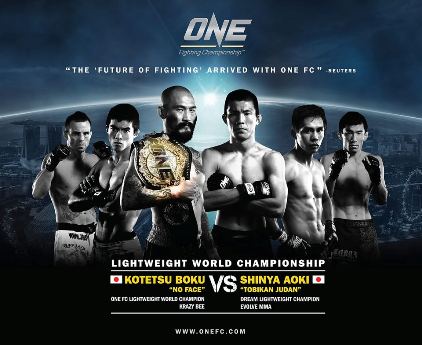 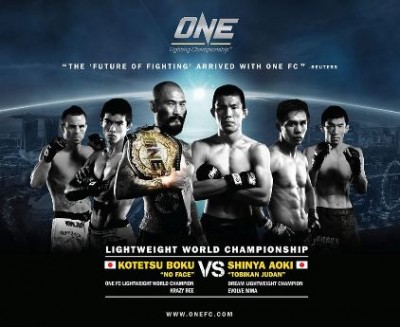 “ONE FC: Kings & Champions” (ONE FC 8) takes place this Friday, April 5, from the Singapore Indoor Stadium in Kallang and will feature a lightweight title bout between Kotetsu Boku (20-7-2) and Shinya Aoki (32-6) in the main event.

Boku earned the ONE FC lightweight title last October by defeating Brazilian contender Zorobabel Moreira via third round TKO at “ONE FC: Rise of Kings”. Aoki earned his shot at the championship following a first round triangle choke submission over Arnaud Lepont on the same card.

3 thoughts on “‘ONE FC: Kings & Champions’ to stream live April 5 from Singapore via online pay-per-view”