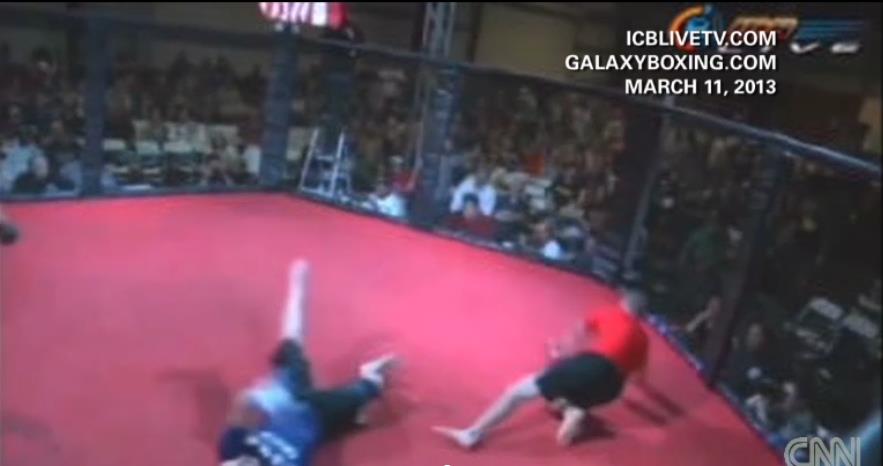 Most of the time when somebody gets knocked out in an MMA fight, there’s a winner and a loser. However, in a fight that took place a few days ago in a Galaxy Fight Night 4 event there were two fighters that got knocked out at the same, during the same fight!  Check out the video below:

Wow. That’s pretty crazy in that they both fell so awkwardly. The fight ended in a double knockout.