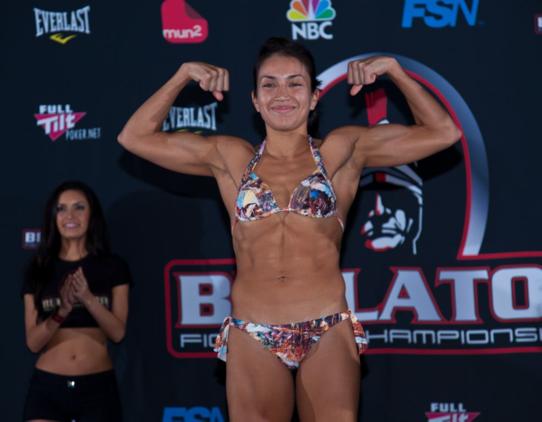 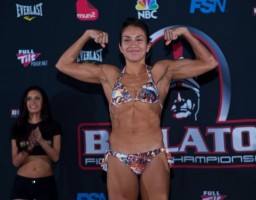 “We are thrilled to welcome Zoila, an established superstar in the sport, to the Invicta FC roster and are looking forward! to seeing her compete in our rapidly growing flyweight division. Zoila has turned in a number of thrilling performances while rising through the ranks of fighters over the last few years, and we are confident that she will help raise the bar of competition even further in the Invicta FC cage.”

The 29-year-old Frausto Gurgel is coming off a 6-1 run in Bellator that included victories over the likes of Rosi Sexton, Jessica Aguilar, Jessica Penne and others. Frausto Gurgel defeated Japanese submission ace Megumi Fuji in October 2010 to become the first Bellator women’s strawweight (115 pounds) champion.

After winning the Bellator flyweight title Frausto Gurgel moved up to flyweight (125 pounds) where she scored back-to-back wins over Karina Hallinand and Casey Noland before getting submitted by Jessica “Evil” Eye at Bellator 83 this past December. Her only other loss came via armbar from former Strikeforce champ Miesha Tate in March 2010.

Frausto Gurgel spoke about the move to Invicta FC, where she will join her sister Stephanie Frausto, who competes in the promotion’s atomweight (105 pounds) division:

“I am excited to join Invicta FC, where the best women fighters in the world are competing. Invicta FC has become more than just a promotion – it’s evolved into an entire movement for women’s MMA, and I’m proud to represent that movement while continuing to fight and beat the best opponents out there.”

Frausto Gurgel’s April opponent, Jennifer Maia, hails from Curitiba, Brazil and has scored four of her six wins via submission. She fought three times in 2012, going 2-1.

Maia’s last fight was in December when she won a unanimous decision over Jessica Andrade (4-2) at Samurai FC 9 in Brazil. Her highest profile fight to date was against Invicta FC vet Vanessa Porto (15-5) in October 2011 where she lost via submission.