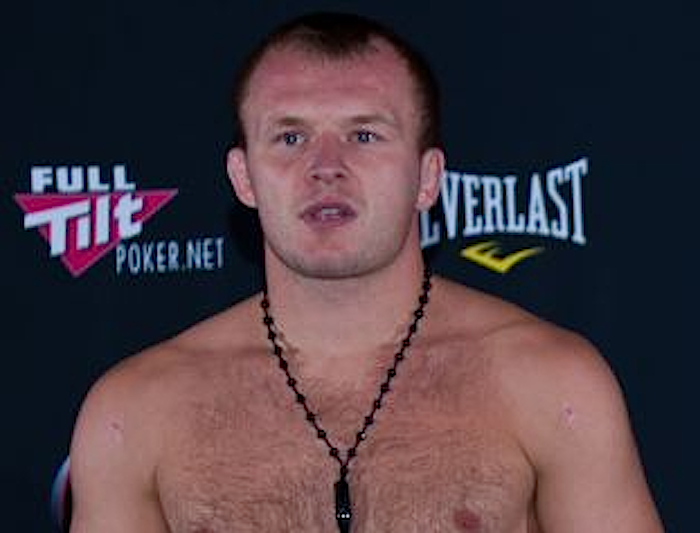 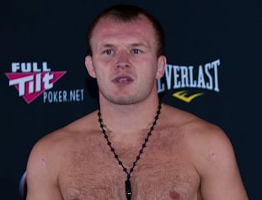 ProMMAnow.com (www.prommanow.com) reporter Daniel Theodore recently sat down with Bellator middleweight contender Alexander “Storm” Shlemenko (46-7) who will challenge for the vacant 185-pound title on Feb. 7 at Bellator 88 when he takes on Maiquel Falcao (31-4, 1 NC).

Shlemenko shared his thoughts on former Bellator middleweight champion Hector Lombard going to the UFC, which has robbed him the opportunity of a rematch inside the Bellator cage.

The 28-year-old Russian fighter won the Bellator Season 5 middleweight tournament in November 2011 and has not fought for the promotion since (although they have allowed him to fight twice in other promotions).

He gave his prediction for the Falcao bout but also voiced his frustration on having to wait so long for his title shot:

“I think and I hope it’s going to be a short fight. At least I will do everything in my power to make sure to finish him as fast as possible. And another thing is I’m really really tired of waiting for the title fight because I was scheduled to fight Hector, then to fight Falcao in the previous tournament. It was like 15 months since I fought last for Bellator, so I really hope that now on February 7 this fight will finally happen and I will get my belt.”

Shlemenko also talked to us about his MMA background, where he grew up, the future of mixed martial arts in Russia and much more.

Be sure to check out more exclusive ProMMAnow.com interviews.