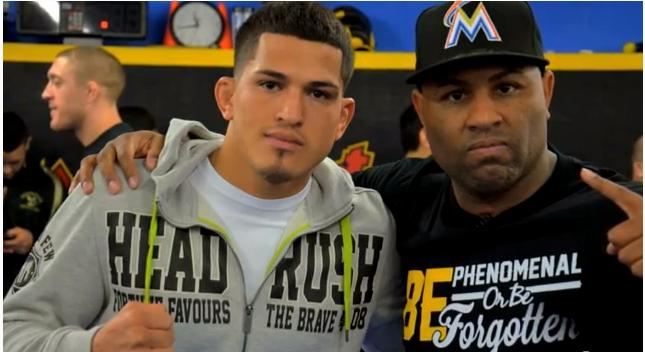 Roufusport head trainer Duke Roufus spoke about having a motivational speaker like Eric Thomas to come in and speak to his group of fighters:

“Eric is a huge influence in my life, and has been a daily motivation to me. I thought it would be great to bring him in to speak to our guys, and he did a great job,” explained Roufusport Head Coach Duke Roufus. “Eric was so excited to work with our athletes that he decided to come in of his own accord and speak to our guys on the day of their fights. So he’ll be backstage with them, getting them mentally ready to put on the best show they can. It’s going to be awesome.”

Thomas came to prominence a few years ago when his speech “As Bad As You Want To Breathe” went viral on Youtube with over 20 million views. He is an in-demand speaker, educator, author, activist, and minister, and has carved out a reputation as a dynamic motivator, having been invited to speak to dozens of NBC, NFL, and MLB athletes across North America. Formerly a high school dropout, he obtained his Master’s degree in 2005, and is pursuing his PhD. He promotes the benefits of higher education and overcoming personal shortcomings to reach new levels of personal achievement.

Roufusport fighters Anthony Pettis, Erik Koch, and Pascal Krauss will fight on the upcoming UFC on FOX 6 card that will take place on Saturday night in Chicago at the United Center.

Stay tuned to ProMMAnow (www.prommanow.com) for all of your UFC on FOX 6 coverage.