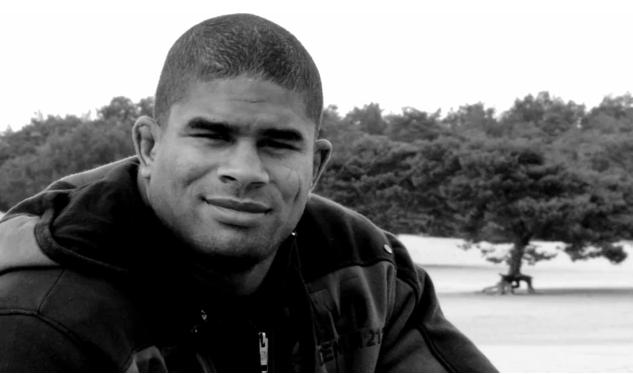 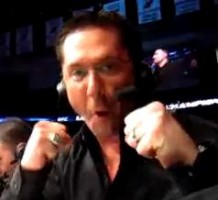 UFC commentator Mike Goldberg told Ariel Helwani on today’s MMA Hour that he does not have a drug problem and was disappointed and hurt in all the sites that ran with the news without the facts. Goldberg said:

“I ended up coming home from Brazil with a virus, an upper respiratory infection, I ended up being hospitalized a couple times for it, just because they were making sure they could get my lungs open. And just the complications of, I’m an asthmatic, I have been since high school, the complications with trying to get proper medications to get this virus out of my body, I’m not the first guy to come back from Brazil not feeling 100 percent, it just kind of spiraled. … To put it simply, it was the perfect storm, my immune system was never really able to get back in balance, and then complications came, my voice started to go, and I wasn’t able to get the pre-production done, and I wasn’t able to voice it 100 percent, and I wasn’t able to get it together for UFC 155. … This is the society that we live in today. Everybody’s got a Twitter, everyone pays 500 bucks for their website and all of a sudden, they’re a ‘reliable source.’ And one of those websites said something that was not true, and what disappointed me was how many ‘reliable sources’ … how many renegade websites and then legit websites just went with this gossip-site sources and assumed the worst, instead of checking their sources like they teach you in journalism 101 and make sure that the story is true. It was disappointing, it was hurtful, and yet the outpour of support by the majority of the people on social media, on Twitter was very heartfelt and it was appreciated.. People like to see people fail, people like gossip, people people like to think the worst, people unfortunately that’s the society we live in. “

Looks like there’s some changes coming to the FOX network that could potentially impact UFC programming according to a report from Sports Media Watch:

Fox Sports 1 and Fox Sports 2 will be the chief outlets for News Corp. sports programming. FX, which aired college football coverage the past two seasons and previously televised baseball and NASCAR, will no longer carry sporting events. Fox Soccer is expected to be converted into a general entertainment channel.

Look who’s back!  The new season three of THE REEM has begun.

The highly anticipated online web documentary is back with a new season. In the third season of The Reem we follow Alistair Overeem on his journey to become the best heavyweight fighter in the world and capture the only belt missing, The UFC heavyweight title.

“I’m very happy That the new episode online today and to work again with Eldar Gross. We worked hard on this episode, so sit back and enjoy the ride!” -Alistair Overeem

Be sure to tune in!