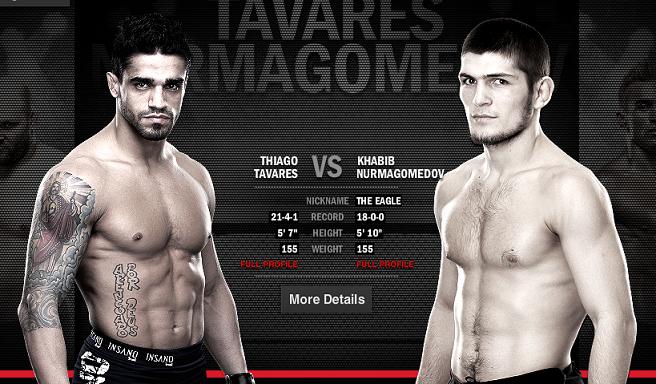 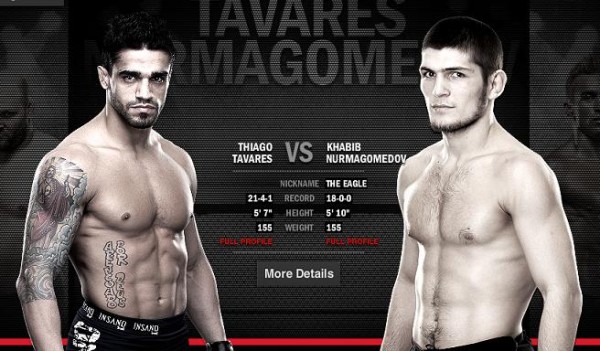 Khabib Nurmagomedov needed less than two minutes to take out Thiago Tavares, knocking out the veteran Brazilian lightweight on his home turf at 1:55 of the opening round.

After feeling each other out for the first minute of the first round, Tavares became the aggressor coming forward and landing leg kicks. Nurmagomedov countered over the top with combinations as the action heated up. Nurmagomedov quickly gained control of the bout with a leaping left uppercut that dropped Tavares.

With Tavares stunned, Nurmagomedov pounced, following Tavares to the mat and landing a barrage of unanswered elbows from the top. Nurmagomedov then landed two flush right hands that put Tavares completely out prompting the referee stoppage at 1:55 of the round.