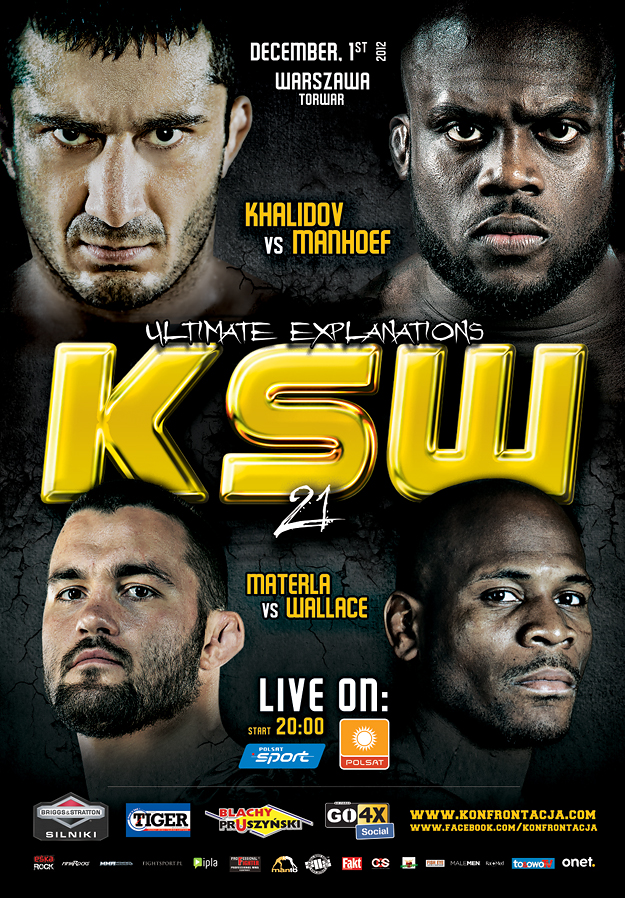 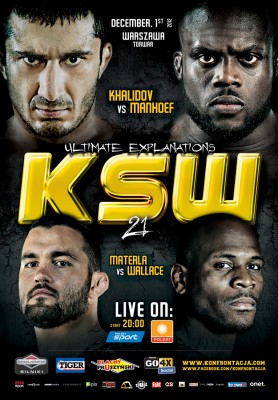 KSW have announce their next event and headline bout as Mamed Khalidov (25-4-2) faces Melvin Manhoef (26-9-1) in a middleweight battle. The event is set to take place at the Torwar Arena in Warsaw, Poland, on Dec. 1.

KSW 21 will also feature three title bouts as Michal Materla defends his middleweight belt against Rodney Wallace, Aslambek Saidov takes on Borys Mankowski for welterweight gold and Maciej Jewtuszko squares of against Artur Sowinski for the lightweight championship. The entire KSW 21 seven-fight card will air both on free-to-air Polsat and cable Polsat Sport. Outside of Poland the show will be available via IplaTV online PPV.

Mamed Khalidov is currently riding a five fight winning streak, most recently defeating Rodney Wallace via first round KO at KSW 19 in May. Prior to that he scored a first round submission victory over Jesse Taylor at KSW 17 in November 2011, and another two first round submissions over Matt Lindland and James Irvin during 2011. Khalidov will no doubt look to extend his winning streak to six with a big performance against Manhoef.

Melvin Manhoef is currently on a two fight winning streak, most recently defeating Ryo Kawamura via first round round KO at ONE FC 6 in October. Prior to that he picked up a decision victory over Jae Young Kim at Road FC 9 in September. Melvin hit a skid in 2010/2011 dropping losses to Robbie Lawler, Tatsuya Mizuno and Tim Kennedy, but he is now back on the winning track. Manhoef now has the chance to put another notch in the win column with a victory over Khalidov.

Stay close to Pro MMA Now (www.prommanow.com) for all the latest KSW news.