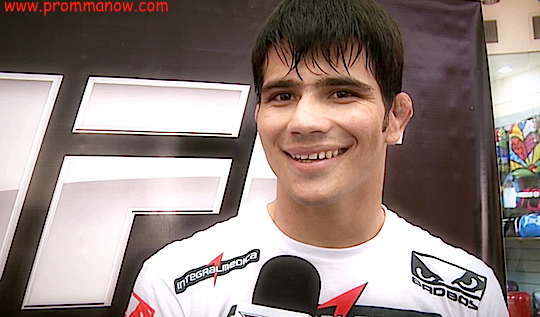 On a night which was really all about the main card, we saw Demetrious Johnson defeat Ian McCall in their second meeting as flyweight tournament finalists. All the bouts on the main card were exciting making up for a preliminary card that lacked any sort of buzz.

The bonus winners for UFC on FX 3 were Erick Silva who picked up “Submission of the Night”. Mike Pyle who earned “Knockout of the Night” and Eddie Wineland along with Scott Jorgensen earned “Fight of the Night”. Each fighter earned $40,000 for their performance.

Erick Silva picked up his bonus for an impressive rear-naked choke submission which earned him a victory over Charlie Brenneman. In the first round Brenneman successfully avoided Silva’s dangerous striking and then scored a takedown, but in the second round Silva stuffed a takedown to take Brenneman’s back and secure the choke.

Mike Pyle’s performance was even more exciting due to the fact that he was in a bad spot when he landed the knockout punch. Josh Neer was having considerable success with his striking and had Pyle on the back foot, but then Pyle landed a stiff right hand that floored Neer and ended the fight.

The fight between Wineland and Jorgensen is something that fight fans come to see, both men were relentless and hungry in a back and forth scrap. The two men exchanged blows and both of them landed big shots. Jorgensen tried but was unable to take the fight to the ground where he may have had the advantage, so he just stood and banged with Wineland. Eventually Eddie managed to knockout Jorgensen with a huge right hand that had landed several times during the fight.