UFC on FOX 4 headliner Brian Stann out with injury 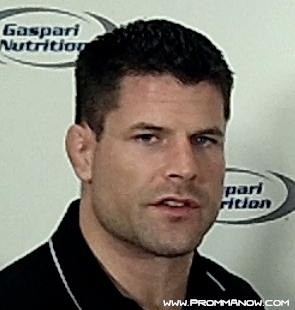 Injury once again throws a wrench in the plans of the UFC.  Brian Stann and Hector Lombard were to headline UFC on Fox 4 set for August 4 in Los Angeles.

Sources close to the event confirmed to MMAJunkie that Stann will have to withdraw from the bout due to a shoulder injury that will reportedly sideline “All American” for 6-8 weeks. The UFC is yet to make an official statement.

This leaves the main event minus the star power of the UFC veteran. Stann is the winner of four out of his last five fights inside the Octagon and is coming off of a knockout win over Alessio Sakara back in April.

It is unclear who the UFC could replace Stann with and if Hector Lombard will remain the headliner or stay on the card at all.

Lombard is the former Bellator middleweight champion and looking to make his UFC debut after his contract with the Viacom-owned promotion ended earlier this year. A win for either fighter could have easily put them in the hunt in the middleweight division.