CHARLESTON, W.V. — Butch Hiles is bringing MMA to the Charleston Civic Center for the first time and ProMMANow is cage side for the event. Stephan Bonnar and Dan Severn are in the house mingling with the crowd. Ten professional fights are on deck for the evening featuring top professionals from West Virgina and the surrounding area. I’ll be giving the rundown of each fight as well as the results live here in Charleston, W.V. 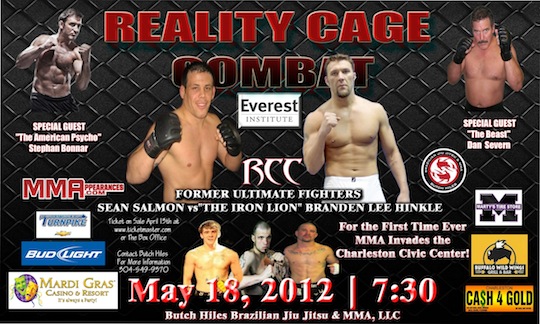