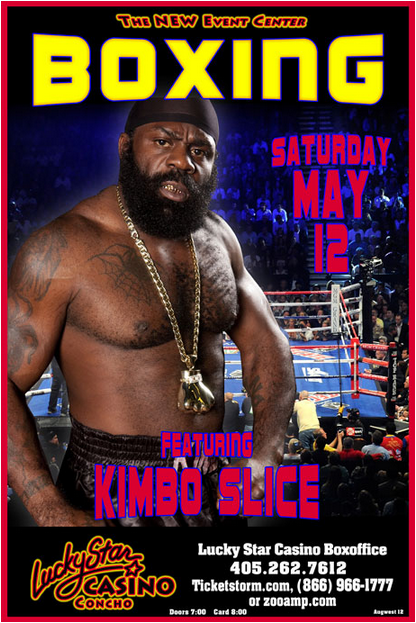 It took the heavy-handed Slice just 36 seconds to smash Porter, sending him to the canvas with a series of five trademark hooks. Porter never threw a punch and collapsed to his back as the referee counted him out and waved an end to the fight. With the win Slice improved his pro boxing record to 5-0.

The Ultimate Fighter season 10 veteran made his pro boxing debut in August 2011 and has knocked out four of his five opponents, three in the first round. The only fighter to go the distance with Slice was 26-year-old St. Louis cruiserweight Charles Hackman (1-2), who went four rounds with Slice back in December. Slice ended up winning a unanimous decision, winning three of the four rounds on all three judges’ scorecards.

Be sure to check out our other Can-Smasher of the Day fight video!