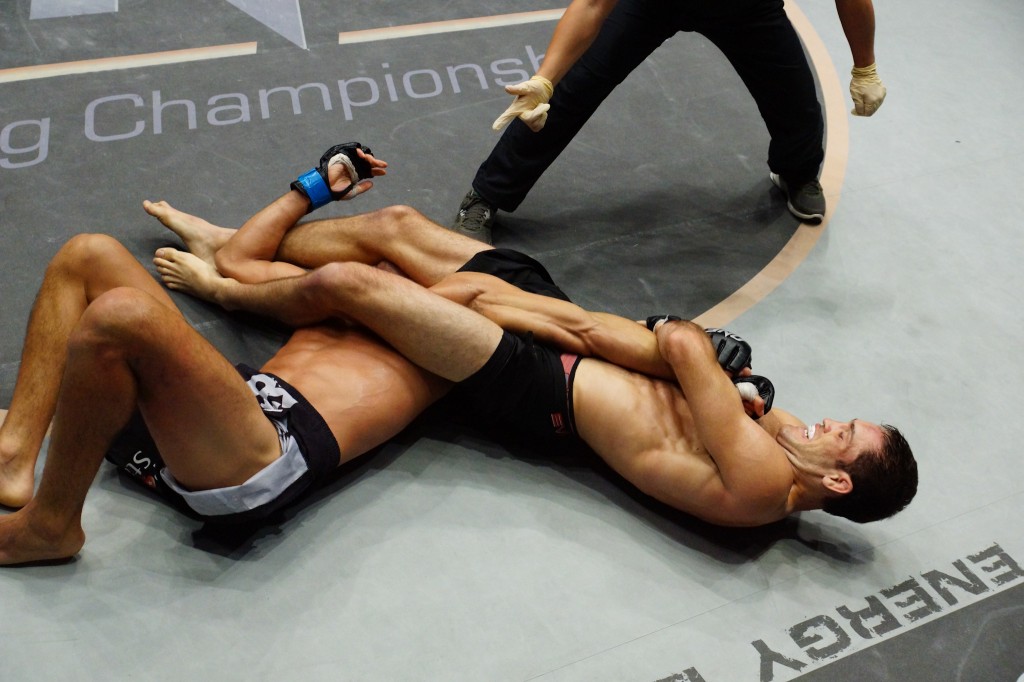 ONE FC 3: “War of the Lions” took place this Saturday in Singapore with the fast-rising Zorobabel Moreira (6-1) finishing off a night of submissions with one of his own, defeating Felipe Enomoto by armbar in the third round. Former Pride and Strikeforce fighter Tatsuya Kawajiri (31-7 MMA, 0-1 SF) continued his dominance at 145 with a first-round submission victory over Donald Sanchez.

Melvin Manhoef’s One FC debut came to an abrupt end after the aggressive and powerful striker suffered a gash on his shin that caused his fight with Yoshiyuki Nakanishi to be ruled a “No Contest.”

One FC 3: “War of the Lions” proved to be an event full of exciting finishes, with 7 of the 11 bouts ending by way of submission. The fledgling Asian promotion is well on it’s way following such a successful event in only their third production.