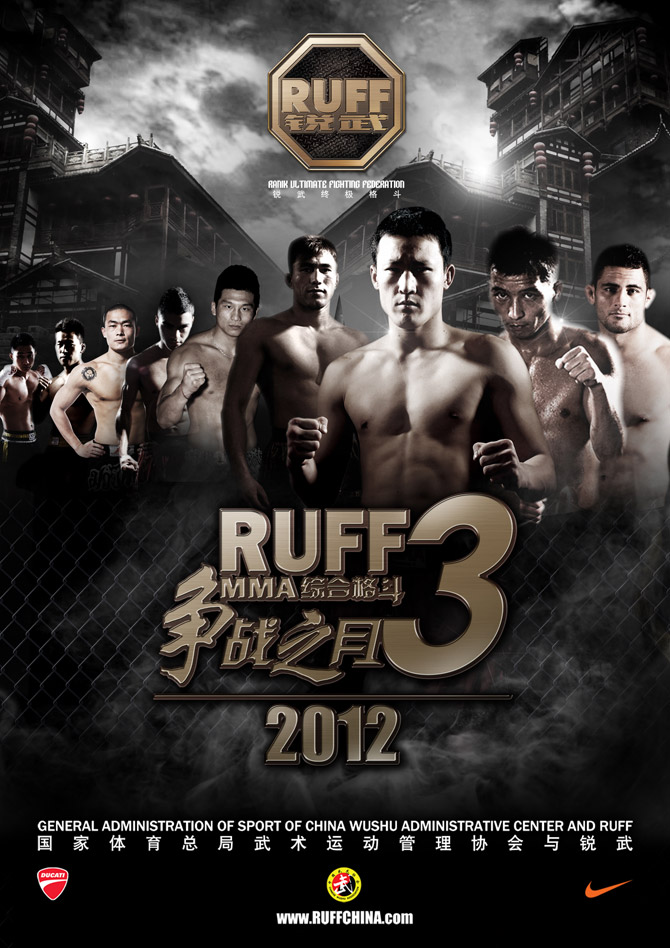 CHONGQING, CHINA – All fighters but one made weight on their first try at the RUFF 3 weigh-ins on Friday. Featherweight Xue GuoBin came in heavy at first, but was given an extra hour to drop an additional 200 grams, which he did, thus avoiding the financial penalty.

All fighters were respectful and polite toward one another aside from the main event competitors Rodrigo Caporal and Zhang LiPeng who butted heads during their tension-filled stare down.

If you missed Thursday night’s episode of Pro MMA Now Radio, we had RUFF co-founder Joel Resnick on the show talking about the MMA climate in China, the future of RUFF and their philosophy on building homegrown Chinese talent.

The RUFF 3 official weigh-in results* are as follows: