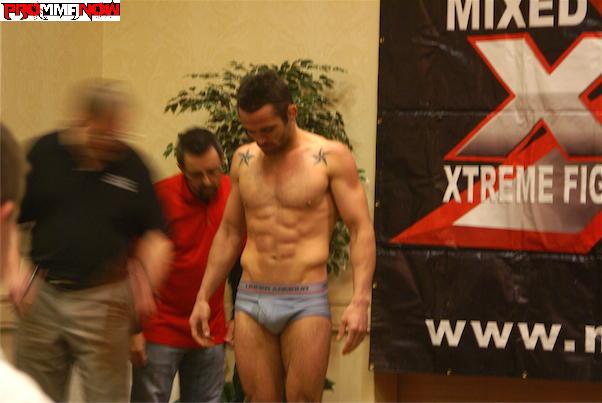 The bad blood between Jamie Varner and Drew Fickett lasted less than one minute.

Fickett struck first, landing a stiff leg kick to start the action. Varner then fired off a stinging jab, followed by a big right hand that dropped Fickett to the canvas. Varner pounced, standing over Fickett and firing off a barrage of big punches from the top.

Fickett tried to use his legs to create space, but Varner would not be denied as he poured on the punishment from above forcing his opponent to roll in an attempt to avoid more strikes. Varner added two more strikes for good measure before the referee stepped in to intervene as Fickett tapped due to strikes just 40 seconds into the bout.

Afterward, Varner and Fickett embraced and apologized to each other for the harsh words leading up to the bout, instantly dissipating the hostility that they carried into the cage as the main event at XFC 16.