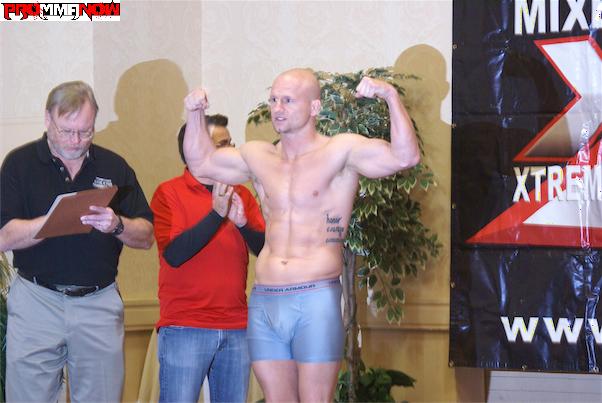 Dustin West added another quick finish to his record, needing just over a minute to complete his demolition of Stoney Hale at XFC 16.

The heavy-handed West missed with an early left hook but then connected with a kick that resulted in Hale looking for a takedown almost immediately to start the bout. Hale put West on the cage, but could not take the fight to the mat as West fought off the takedown and pushed off, taking the center of the cage.

West reset, then switched stances several times before landing a monster kick to the liver that staggered Hale. That was all West needed. The former Marine swarmed Hale, firing off a flurry of punches and knees in the clinch as Hale looked to survive the onslaught.

West continued to push for the finish, punishing Hale with more knees and punches before connecting with a left hook that floored his opponent. As Hale covered up, West pounced, pouring on a barrage of ground-and-pound that forced the referee to step in and stop the punishment.

The official time of the stoppage was 1:24 of the first round.

The TKO win by West (6-4 MMA, 1-1 SF) extends his win streak to two, with both victories coming by way of TKO in the first round.