Renato Sobral vs. Melvin Manhoef to headline ONE FC 3 on March 31 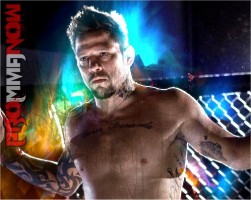 ONE FC announced the match-up during a press conference on Tuesday.

After going 1-1 in 2010 with a decision win over Robbie Lawler and a KO loss to Dan Henderson, Sobral spent 2011 on the sidelines nursing a shoulder injury.

In related news, it was also announced during the press conference that ONE FC has signed a new 10 year partnership with ESPN STAR Sports, Asia’s biggest sports content provider.

“Asia has been the birthplace and home to martial arts for the last 5,000 years and ONE Fighting Championship has a vision of bringing mixed martial arts to the 3.9 billion people living in Asia. ESPN STAR Sports, Asia’s biggest provider of sports content, is a wonderful partner to help with that mission.”

Stay tuned as more ONE FC 3 fights will be announced in the near future.

2 thoughts on “Renato Sobral vs. Melvin Manhoef to headline ONE FC 3 on March 31”