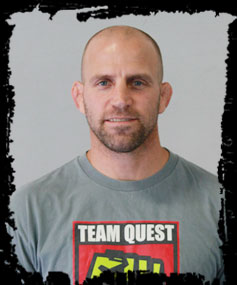 A six-time U.S. National Champion, Heath has won numerous national and regional wrestling titles in the U.S. He has been Dan’s training partner for over 25 years, since they were kids. Heath has been a key part of Dan’s MMA team for many years and has trained, coached and cornered Dan in Pride, UFC and Strikeforce.

He was also the head of the Team Quest Fight Team. A former professional MMA fighter, Heath still maintains his lead cornerman duties for Dan Henderson and flies out to corner Dan’s fights. ProMMAnow.com (www.prommanow.com) correspondent Wesley De Souza recently spoke to Heath about leaving Tean Quest, moving to Singapore to work with Evolve MMA, how it will affect his relationship with Hendo and much more.

Heath Sims: Like many wrestlers in the USA I wrestled Colligate style and Freestyle when I began wrestling. When I was 15 I found the best wrestling club and coach in the area. We trained all styles of wrestling in the off season. Freestyle, Collegiate, Greco, and even some Judo and Sambo. The main reason many wrestlers did not practice Greco was because they had no place to learn. I was very fortunate to begin training with my coach and training partner Gogi Parseghian when I was 17 years old. Gogi was a Russian Immigrant who was a former national and world champion competing for Russia. This created opportunities in Greco that many people did not have at the time.

It’s often been said that no one trains as hard as a wrestler. Being an Olympian in Greco Roman wrestling, can you say that statement is true?

Heath Sims: I think wrestling is one of the most physically and mentally demanding sports. A wrestler must focus on learning new technique, perfect old technique, stay in top physical condition, diet and make weight multiple times a year, implement a strategy when competing and learn the mental skills to find ways to win. This training very similar to MMA. I believe this is why wrestlers can adapt to the sport of MMA very quickly.

From what we understand, you will still continue your corner man duties for Dan Henderson even though you’re based in Singapore. Do you think that not training with him now will affect your ability to corner him? What has your professional relationship been like with Dan?

Heath Sims: I will always be there to support Dan Henderson. We are best friends. My support may change now that I will not be directly involved with his training. Dan has a great group of coaches that work with him and he will continue to have much success.

Heath Sims: I learned about Evolve from my friend Andy Wang. He contacted me about helping look for wrestling instructors.

What made you decide to relinquish your part ownership of Team Quest Temecula and travel all the way to the other side of the world to take up the job of head wrestling coach at Evolve Mixed Martial Arts?

Heath Sims: My decision to moved to Evolve came after I talked with Chatri. I learned what an exceptional guy he was. He described the gym, the quality of instructors, fighters and his vision to create the best gym in the world. He sold me on the opportunity to be part of something great.

What are your thoughts on Evolve MMA, their facility and the level of talent that is present in Evolve?

Heath Sims: Evolve has a beautiful facility. They have put together the best coaching staff in the world that I know of. I believe they will create the best fighters in the world with the foundation they have built.

As you might know, MMA has exploded in Asia and is present in almost every part of it. From Dream in Japan to Legend FC in Hong Kong, Dare Championship in Thailand and to the biggest promotion in Asia now, ONE Fighting Championship, the sport has is red hot in this part of the world. With that being said, what are your thoughts on the Asian MMA scene?

Heath Sims: the Asian MMA scene is ready to explode like many other parts of the world. What is interesting is the size and population that it will attract! It will become the largest market for MMA in 10 years.

Asia has always been a fight nation, with many martial arts originating from it. However, it’s been said many times that Asian mixed martial artists have always lacked in the wrestling department. What is your take on this?

Heath Sims: I feel this is true for the sport of MMA. Asia has such a great tradition of martial arts from standing that wrestling has been neglected.

Are you familiar with any fighters currently competing in Asia? If so, who do you feel is a standout who has the skill set to make it big one day.

Heath Sims: I am only familiar with Asian fighters that compete in UFC, Dream and other major organizations that are shown in the USA. I know there has to be many fighters with the potential to make it big. Put a fighter with the dedication in the proper training environment, with top coaches and training partners and they will succeed!

If Heath Sims didn’t get into wrestling and MMA, what would he be doing for a living?

Heath Sims: This is a very difficult question. Wrestling has given me so many great life experiences and lessons that I continue to use today. I have spent a huge amount of time learning, training, and perfecting wrestling. One will always wonder what if I had spent my time differently? But I have no regrets!

Now that you’ve relocated to Singapore, what’s the one thing that you’ll find the hardest to adapt to?

Heath Sims: I am anxious and excited to move to Singapore. I think the hardest part of the transition will be missing the California lifestyle. But one will give up benefits of one place for the benefits of another.

Heath Sims: Sushi is one of my favorite foods along with Pad Thai. I love to try new foods and am very excited to try new foods! There has not been too many dishes that I will not try!

Any parting words to your team mates at Evolve, your Asian fans and your fans back home?

Heath Sims: I am just glad for the opportunity that Chatri has given to me. I am excited to be part of such a great team and up to the challenge to help build Evolve into the world’s best gym with the best fighters in the world!

Wesley De Souza has always been one of those guys who's always loved fighting. A former pro wrestling fan, Wesley began his love with Mixed Martial Arts only 4 years ago and has never looked back since. He's also a self professed fitness addict and an avid practitioner in Muay Thai and Brazilian Jiu Jitsu as well. If he's not busy with his day job as a logistics executive, he's busy writing articles for www.thefightnation.com, a website focused on MMA in Asia. Oh yeah, and he's got an obsession with Arianny Celeste. He thinks she's uber hot.