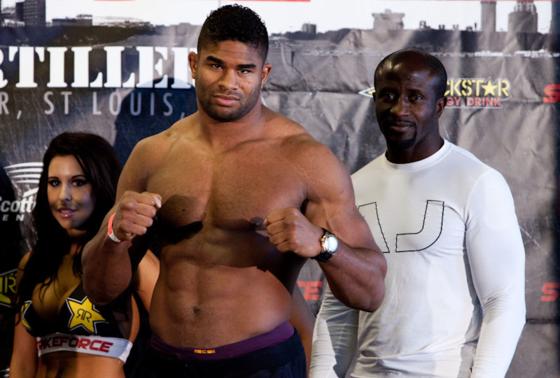 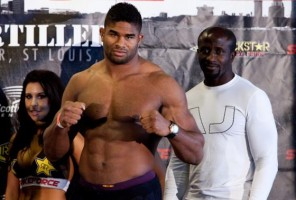 ProMMAnow.com (www.prommanow.com) was notified this afternoon via email by the NSAC Alistair Overeem’s urine sample from a Dec. 14 test in the U.K. came back negative for all prohibited substances.

That is good news for the Dutch striker who is scheduled to make his long-awaited UFC debut against former heavyweight champion Brock Lesnar in the UFC 141 main event on Dec. 30.

Overeem’s troubles started last month when his mother became ill and he returned to Holland to be with her on the same day a “random” pre-fight drug test was ordered by the NSAC.

Overeem took the drug screen in Holland but his doctor used the wrong type of test, using a blood sample instead of the NSAC-required urine sample. And then once he submitted the urine test, an apparent mix-up reportedly caused it to be returned from the lab untested.

All of this put his Dec. 30 scheduled bout with Lesnar in serious jeopardy.

With Overeem participating via phone from Holland, the NSAC held a hearing on Dec. 12 to determine how they would handle the case. Ultimately, the commission granted the former (and final) Strikeforce heavyweight champ a conditional one-year license that required him, first of all, to have a urine test within 72 hours at a facility of their choosing in the U.K.

His next step is to be tested again when he arrives back in the United States before the fight on Dec. 30. He will then undergo another test immediately after the fight and be subjected to two more random tests within a six month period.

As Overeem so aptly stated, he really will be the “most tested fighter ever”. UFC President Dana White tweeted this afternoon, “Overeem is ready to go!!! Lesnar vs. Overeem is on!”

The below video is from Overeem’s appearance Monday night on Inside MMA LIVE on HDNet. He had not yet learned the official results of the U.K. test:

UFC heavyweight Alistair Overeem was on HDNet’s Inside MMA LIVE Monday night and spoke with host Kenny Rice about his upcoming fight with Brock Lesnar at UFC 141 and his recent issues with the Nevada State Athletic Commission (NSAC) regarding his pre-fight drug screen.