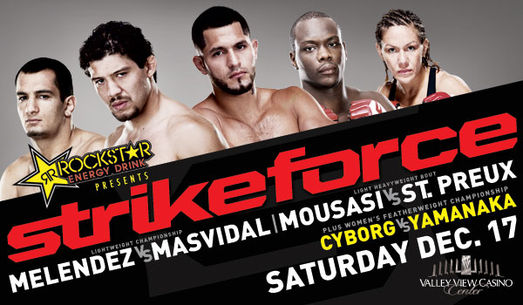 I have no idea who Strikeforce is going to find for Melendez to fight next. They moved all of their champions over to the UFC except for him and new middleweight champion Luke Rockhold. I think Melendez has earned the right to fight top competition consistently and that’s not going to happen while he’s in Strikeforce. I’d move him over to the UFC and have him face Gray Maynard with a guaranteed title shot if he won.

Strikeforce needs to get behind Cyborg Santos with the quickness. It doesn’t even matter who they match her up with because people will tune in just to see how fast she’ll win. Just keep her busy until Rousey is ready to make that leap, and then they can book that fight and let it be the main event.

What are your thoughts on Melendez and Santos?