Part two: Who in the UFC light heavyweight division is a significant threat to beat Jon Jones? 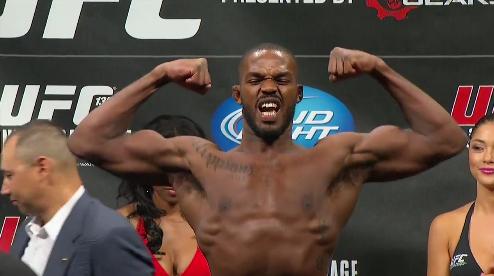 I wrote part one on this subject back in March after Jon Jones destroyed Shogun Rua to become the new UFC light heavyweight at UFC 128. It seems as though everyone wants to crown Jones as the greatest light heavyweight of all time after his defeat of Lyoto Machida this past weekend. I have no problem with that, but I’m more interesting in determining who has the best chance of dethroning the current champion. In part one I looked at a few fighters and gave my opinion on what they brought to the table inregards to their path of defeating Jones. I spoke on the following fighters:

I didn’t think any of those fighters posed a huge threat to beating Jones at the time, but I laid out the paths they would have to take to beat Jones. I didn’t mention Machida and here’s what I wrote about him back then:

Lyoto Machida’s style wouldn’t give Jones enough problems. I think Jones would eventually take him down and pound him out or win a decision.

Sound about right huh based on what we saw this past weekend? We’ve saw what Jones did to Rampage Jackson in there matchup back at UFC 135. Thiago Silva is still under suspension for performance enhancing drugs, and my thoughts on him haven’t changed and actually I think Jones would have an easier time beating him now as he has improved drastically since March.

That brings us back to Rashad Evans.

Evans had been out of action for quite some time when I wrote this piece back in March. Of course, he finally returned to the octagon and faced Tito Ortiz to put on a dominant performance against the former champion to win via TKO. Here’s what I wrote on Evans back then:

I think Jones wins that fight simply because he’s bigger, has a huge reach advantage, and a similar skill-set to Evans. However, Evans has trained with Jones in the past, and if anyone knows Jones’s vulnerabilities, it’s Rashad. If Evans were a little bigger, I’d definitely give him a better shot of winning this fight. He has good hand speed, great wrestling and a decent top game. He may be able to strike his way inside and change levels for the take-down similar to what he did against Thiago Silva last year and Quinton “Rampage” Jackson after that. But I’m not sure he’ll be able to get inside or stop Jones from taking him down. We’ll find out soon enough.

Now since I’ve had the opportunity to see Rashad 2.0 against Tito Ortiz I’ll probably make a few changes to that statement. Evans put on a quite a bit of size during his time away from the octagon. He also seemed to tighten up his overall game in regards to how he transitions from wrestling to striking and vice versa. Granted, it was against an over the hill Ortiz, but it was still impressive to watch. After watching Machida have success closing the distance and landing strikes against Jones, I think Evans is capable of doing the same. He also should be able to defend the takedown a bit better than Machida while also providing a bigger threat with the takedown himself. So while I think Jones would be the favorite, I do think Evans has the tools to beat Jones. However, he would have to execute his the gameplan to near perfection and be in excellent shape cardio wise.

Another fighter that wasn’t on the radar at the time was Dan Henderson. Henderson has had an impressive year as well, winning four fights against some very tough opposition. Many people will look at the Jones/Jackson fight and conclude that Jones would beat Henderson the same way. It’s true that Dan Henderson and Rampage Jackson are similar fighters these days, but there’s one huge difference that could be THE difference in Henderson winning. Jackson is naturally a counter puncher, whereas Henderson has an aggressive style with knockout power. We saw that Jones wasn’t too effective while moving backwards against Machida, so I would give Henderson a slightly higher chance at beating Jones than I did Rampage Jackson. However, Henderson isn’t the wrestler that he used to be and Jones would likely take him down and put him away as Henderson’s cardio would probably be a big factor.

Phil Davis may be able to challenge Jones in a few more fights. Now THAT would be interesting because Davis has phenomenal wrestling, physical size, and an evolving submission game. You can watch Davis in action this weekend against Antonio Rogerio Nogueira. Davis may be the dark-horse to keep an eye on in the future.

Now, I think that fight showed us that Davis wasn’t quite ready as that was only his ninth pro fight against Nogueria who we saw is still a handful as he smoked Tito Ortiz this past weekend. Davis seemed quite tentative and unsure of himself against Nogueira although he won the fight. He’s suffered a knee injury since then that has kept him out of action for months. He’ll return to action in January to face Rashad Evans. It’ll be interesting to see how Davis performs coming off the knee injury and long layoff. Will he show major improvements the same way Evans did during his long layoff, or will cage rust become a factor? The great thing about young fighters like Davis(and as we saw with Jones), is that they improve drastically from fight to fight so holes in their games close very quickly.

The winner of the Evans/Davis fight will likely provide us with the one fighter that has a somewhat decent opportunity of beating Jon Jones. Does either have a remote chance of beating Jones in your opinion?

One thought on “Part two: Who in the UFC light heavyweight division is a significant threat to beat Jon Jones?”