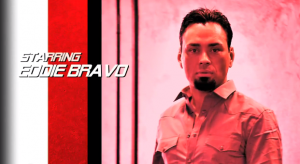 The plot for episode 1 (pilot) reads:

“Los Angeles is under threat from a Brazilian narco-trafficker named Flavio DeSousa. LAPD assigns officers Bravo and Quinn to the case, which results in complete martial arts mayhem.”