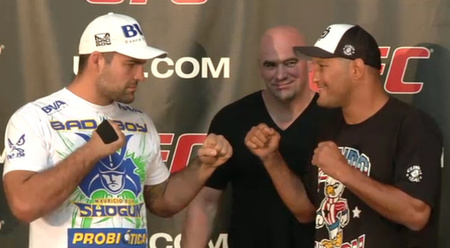 Wow. I’m still in awe from the UFC 139 main event between Dan Henderson and Shogun Rua. That was an epic war which saw Dan Henderson come away with the hard earned decision win. It was a solid event leading into the final two fights, but Wanderlei Silva turned back the clock to put away a gassed Cung Le which set the stage for Rua/Hendo. Let’s get to the fights and we’ll start with the epic main event. Quite honestly it was one of the best fights I’ve seen. It had it all from drama, heart, will to win, and great moments of technique. Oh yea, and Hendo winning put me at 4-1 on my predictions for this card :).

Give us your thoughts on the fights!