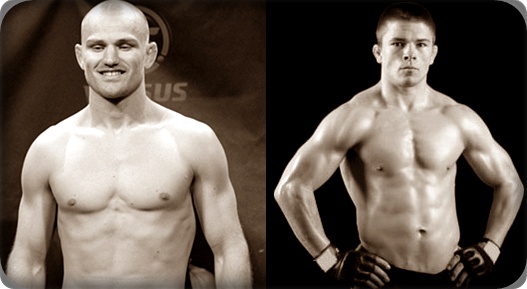 The UFC 139: Shogun vs. Hendo event will feature a great welterweight fight between Martin “The Hitman” Kampmann and Rick “The Horror” Story. Both of these guys can fight for sure, but their nicknames are good and fitting as well. This is a very important fight in the grand scheme of things. Both fighters are top welterweights that just have just run into some bad breaks as of late. This fight has fight of the night written all over it. Let’s see how it shakes out.

Martin Kampmann comes into this fight with a career record of (17-5) with seven wins via TKO/KO and six wins via submission. Kampmann was last seen in action losing a razor thin unanimous decision against Diego Sanchez in March of this year. Kampmann also lost a razor thin split decision to former title challenger Jake Shields in October of last year which gives him back to back losses. Kampmann is a solid striker that’s very accurate with his punches, and also has an underrated ground game. The knock on Kampmann is that he can be bullied around at times and/or taken down by better wrestlers. However, he has seemed to have improved in those areas over the past few fights.

Rick Story comes into this fight with a career record of (13-4) with three wins via TKO/KO and three wins via submission. Story was last seen in action losing a unanimous decision to Charlie Brenneman back in June. It was a tough loss for Story being that he took the fight on just a few hours notice after his original opponent was pulled from the card. Story had just bested top ten welterweight Thiago Alves and was looking to build that momentum into a potential title shot. Story is a solid wrestler with adequate boxing while being versed in submissions. The knock on Story is that he will get taken down and controlled at times by guys with good wrestling games which was evident in the Brenneman fight.

Bet on Fighting has Rick Story as the betting favorite at (-150) and Kampmann as the slight underdog at (+120).

This is an extremely tough fight to call and I would probably place a small wager on Kampmann at those odds. This fight is very similar to the Kampmann/Sanchez. Story has an iron chin just like Sanchez, but he’s probably the better wrestler while Sanchez is the better grappler.

I think Kampmann is the better striker by far, but he’ll probably be defending the takedown as Story will close the distance and attack much like he did with Alves. Story certainly doesn’t not want to get into a striking contest with Kampmann even though he has a great chin. I’m not sure that Story will be able to get the takedown often, but I suppose he will be successful at some point. I doubt he’ll be able to do much damage on the ground as Kampmann is very crafty on the ground.  Story’s best option is to grind out a decision by taking Kampmann down or pressuring him against the cage while implementing dirty boxing tactics.

Kampmann simply needs to keep the fight standing and use his pinpoint accuracy to make Story pay each time he closes the distance. If he does that I think he outpoint Story for a decision win, or he may be able to submit Story if he gets taken down. It must be noted that Story has never been finished in his MMA career so Kampmann will have his work cut out for him if he wants to avoid going to another judges decision.

This is really a pick’em fight and depends on who executes their gameplan the best. Who do you have winning this one?